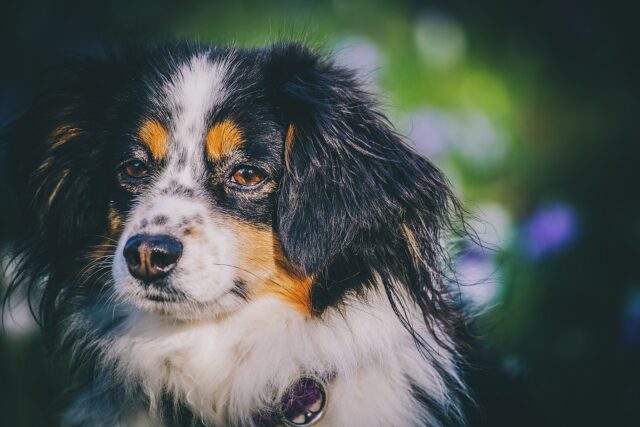 A puppy’s life is usually happy and full of energetic barks. Puppies tend to be carefree and very adorable. That is why when a pup is hurt, we can’t help but feel sad.

A pup named Aya was once severely hurt four years ago when she was just a puppy. She experienced something traumatic when she was two months old. At such a young age, the pup must have been terrified when she was trapped inside a burning house.

Aya hid beneath a heap of clothes while hopefully waiting for someone to rescue her. Fortunately, firefighters were able to spot the small pup and rush her out of the burning house and into safety. But Aya was not moving or responding to her rescuers; she needed urgent care.

The fire not only scared the pup, but it also scarred her body. 75% of Aya’s body was badly wounded, and the pup also lost two toes. They were able to revive Aya, but the pup was in so much pain.

Aya had to be sedated and have her bandages frequently changed to ease her pain. Aya was in an awful condition. Some even thought that she wouldn’t be able to recover, but Aya proved them all wrong.

Aya continued getting better through time. The Asheville Humane Society took good care of the pup until she was able to find her forever home. After a while, Aya’s foster mom, Dorothy Williams, fell in love with Aya and adopted the strong pup.

Though Aya still has long healing to go, she has continued to keep herself strong and enjoy her life to the fullest. She loves playing with other pups; she also loves jumping into the water. Thanks to her positive view and cheerful spirit, Aya has become an inspiration to many.

The pup is also a finalist in a contest for hero rescue pups. If Aya wins the Pibborafi Rescue Hero contest, she would have a stuffed animal of her own created. This will not only inspire more people but will also raise money for the Asheville Humane Society.

Aya’s story teaches us a valuable lesson of hope and not giving up. She is rightly called a hero! Check out Aya’s Instagram page for more wonderful experiences. Don’t forget to visit the Pibborafi Pushies Instagram page to keep updated on the contest.