Souls of Santos Rescue received a call about two puppies abandoned in the mountains of Utuado, Puerto Rico not long ago. Rescuer Chelsey Williams and a team were dispatched right away to assess the situation.

Chelsey saw the mama dog on her own after she arrived in the mountains. She opted to seek assistance and regroup later because the mama dog was growling out of fear. She did, however, leave some food for the dog because she could see how hungry it was.

Two more rescuers arrived after nearly two hours, driving through the jungle and accompanying Chelsey up the slopes.

The mama dog was discovered inside an abandoned building. She was, however, much more composed this time. She walked up to her newfound buddies and ate from the food bowl they had set out for her.

Mama dog only wants to be loved. The rescuers were allowed to pet her. She also wagged her tail while Chelsey scratched her head.

Rescuers continued to search for hours and looked for signs that would lead them to the puppies, but they were unable to locate them. The sun was beginning to set. It was going to be dark shortly. They didn’t want to leave the puppies behind, but they needed to get Mama Dog to safety first.

Chelsey returned to the mountains the next day with the mama dog in search of the puppies. Mama dog was initially apprehensive to return to the location where she had been abandoned. She just sat there, motionless.

It was a good thing that the mama dog also realized she had to assist her rescuers in finding her puppies. As a result, she began walking, leading them to where her babies were.

Chelsey was overjoyed to see three adorable puppies. They were so hungry that they immediately went to their mother to nurse.

The rescuers felt they could now leave because their mission was complete. However, they felt compelled to do another run around the area, just in case. They were even more surprised when they discovered two more puppies near the riverbanks.

The little furry family was taken back to the rescue center, where they were cleaned and fed. Mama dog and her pups stayed at the shelter for a few weeks. Everyone was adopted within a short period of time and they successfully found their forever family. 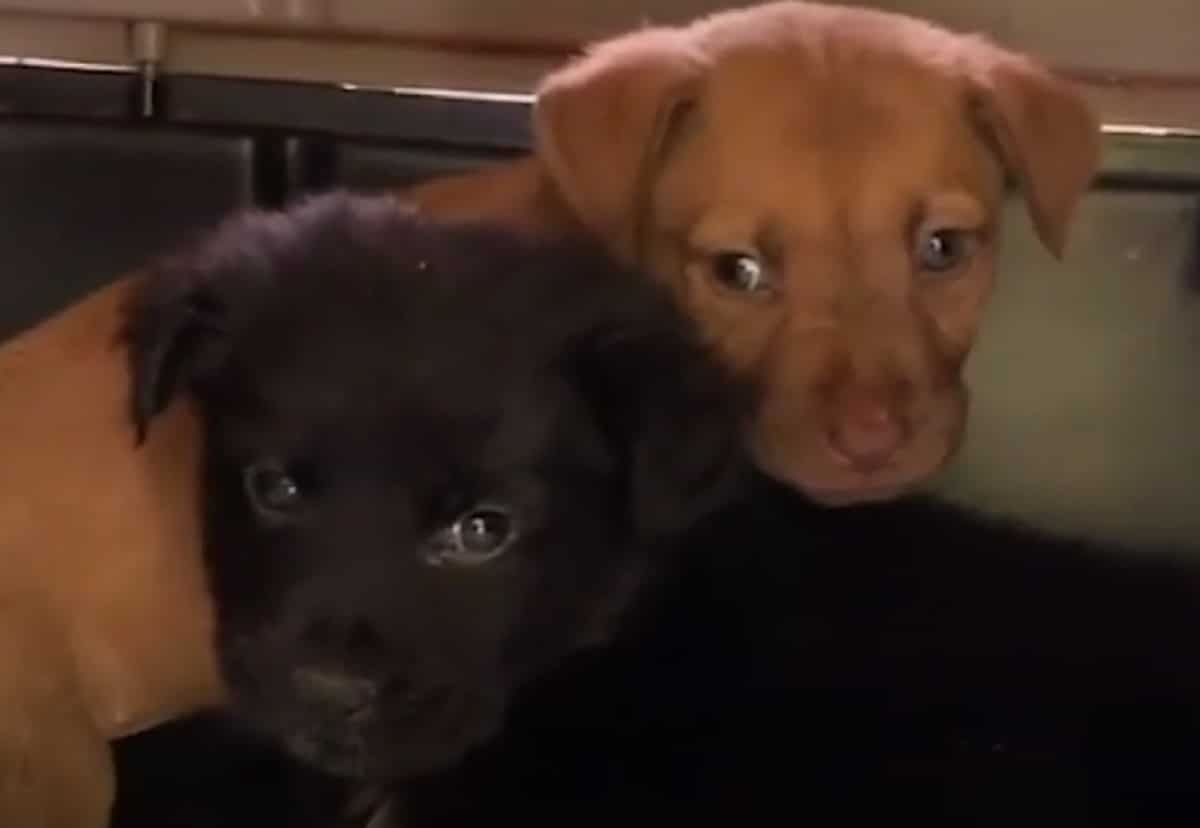