Home About Doggy Stories A Man Requests That His 20-Year-Old Dog Be Euthanized By The Animal...

Radar was a shaggy bedraggled aging dog when he was dropped off at the Harris County Animal Shelter. It wasn’t an unusual occurrence until shelter workers were asked by the dog’s owner to euthanize the 20-year-old dog.

The volunteers didn’t see a dog that was suffering. They saw an old dog that was confused as to what he had done wrong.

Right away, Radar was taken to a local vet, where the story gets even more bizarre as holes quickly began to appear in the former owner’s story. It turns out the vet thought Radar to be five to eight years younger than the age listed on the shelter intake form. Despite being much younger than the owner had stated, it was clear that Radar had not had an easy life.

The long, overgrown nails and severely matted fur were signs he had been neglected. He was extremely malnourished, and his back legs had very little muscle tone. This could indicate he spent a considerable time locked in a tiny cage. It wasn’t clear if Radar would make it.

If Radar was going to have any chance at survival and get a loving home, he needed to get out of the busy animal shelter, and find a home that could give him care and attention. So the shelter workers posted a notice on Facebook.

After that, Radar’s story went viral. A volunteer working at the Animal Justice League, a non-profit rescue group, discovered the plea to save him.

Animal Justice League board president Jennifer Graves said they were actually in a meeting when a volunteer tagged them on the Facebook post. They immediately and unanimously agreed that they couldn’t allow this aging pup to spend another minute in the shelter.

What was heartbreaking to see, despite Radar’s difficult past, was that he still longed to get a sign of his former home or get familiar comfort. It looked like he was searching for his owner because he would sniff around trying to find familiar smells. When he didn’t find any familiar smells, he would simply pick a person nearby and cuddle next to them for safety.

When taken to the vet, tests showed Radar was fighting off a fever, had a gastrointestinal infection, and showed signs of a significant heart murmur. The vet gave him antibiotics and pain medication. In less than a week under the rescue’s loving care, his health improved dramatically.

Radar is now clean and comfortable in a foster home, and finally getting the attention he so deserves. 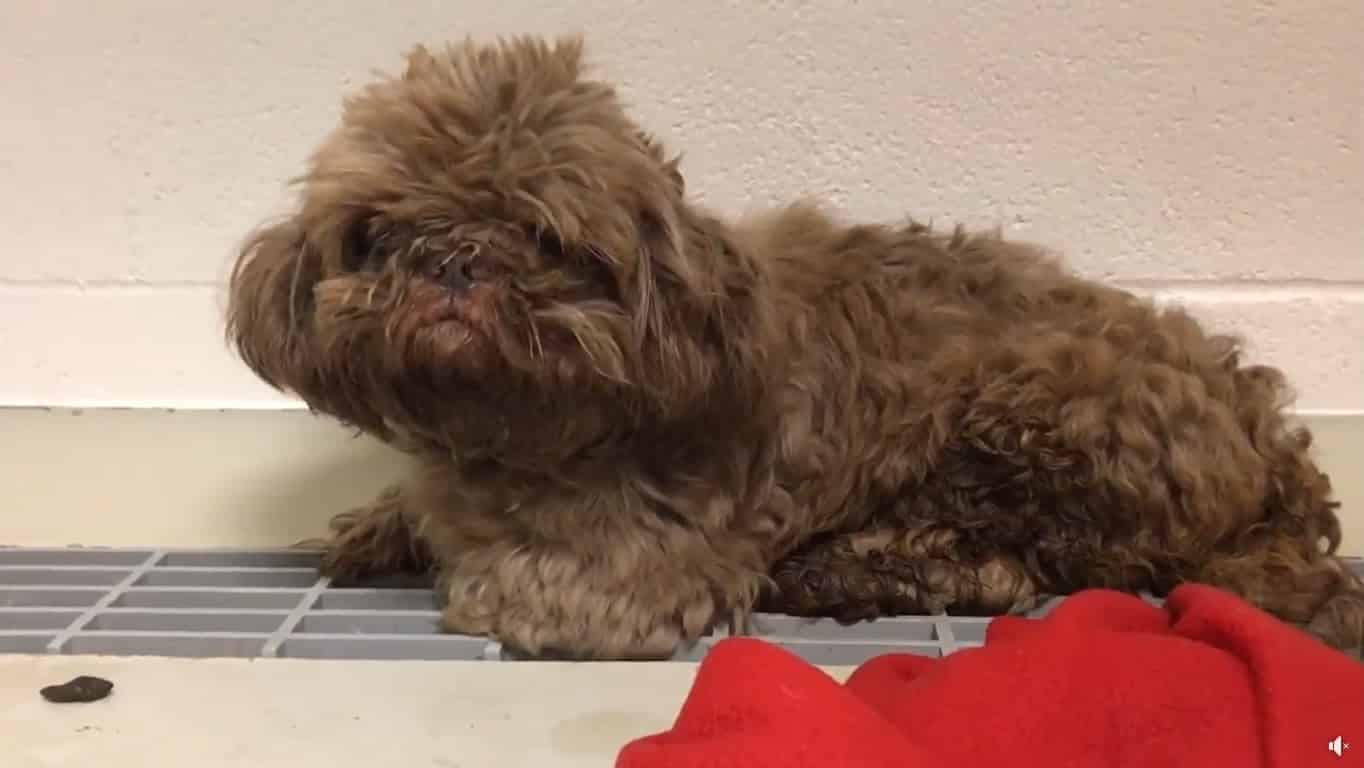