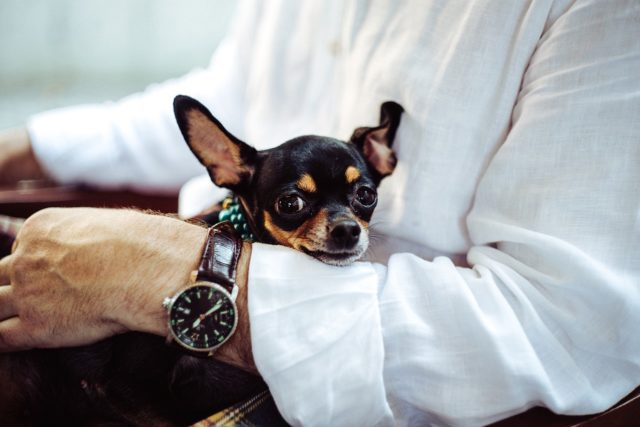 There are lots of animals who suffer from genetic defects. Some are born without hands and feet while some are born with more than the normal count of their body parts. Whatever their situation is, each of them deserves to live a normal life like most of the animals.

A Chihuahua named Turbo was born without his two front feet. He was given to Indianapolis animal hospital when he was one month old. But living in the hospital wasn’t that easy for sweet little Turbo.

💝Will you be my valentine?💝

The other puppies from the hospital wouldn’t seem to let Turbo join them whenever it’s feeding time. They were ganging up on him. So, to solve the problem, Turbo’s guardians decided to ask for some help from the nearest downtown vet.

Fortunately, Turbo is in a good state of health. The practice manager, Amy Birk, said that she would not even think of euthanizing Turbo. She added that this little dog would be fine using a cart. They wouldn’t euthanize him unless it’s proven that he’s suffering from other medical condition.

They decided that Turbo would stay in the clinic during the day and he would go home with Ashley Looper, the vet technician, during night time. Ashley fell in love with Turbo. She did her best to help him have stronger back feet.

They started to fit Turbo in toy carts, but it didn’t work out. He would just stare blankly at her as if asking what they were trying to do. They tried so many carts. Ashley even created a personalized cart for Turbo, but it just didn’t work.

Good thing Turbo’s story went viral. His story caught the attention of an aerospace engineer in San Diego. The engineer told them that he could design something that can help Turbo.

#WheelyCuteWednesday 🛵 Many of you have had some questions the last few days about Turbo and his birth defect. We’d like to help answer some of them in our posts over the next week! Drop your question in the comments below ✌🏼❤️🐾for now enjoy a compilation of cart photos.

After the cart was finished, Turbo was ready to try it. He got the concept, but he wouldn’t run. So Ashley decided to get her other dog to lure Turbo and finally he took off!

It was a very heart-warming moment for Ashley to see turbo having fun with his cart. Now, Turbo has a collection of many different carts that he had used over the years. Now, he is a very happy pooch with his new sister who also has the same condition as him.