Home About Doggy Stories After Living A Dangerous Life In The Mountains, This Mama Dog And...

Rescuers from South Korea were canvassing an area up in the mountains where people often dump unwanted litters, when suddenly, they heard puppies cry. They didn’t really know where it came from but they were certain that what they heard were in fact baby animals in distress. And so, they searched the perimeter and realized the noise came from a crevice in between two boulders.

One of the men placed some puppy food in the small opening of the den, and to everyone’s surprise, a little puppy came out. And as he began to eat the food, another puppy emerged, and another one after that. Three puppies lived in the dark hole and no one understood how they survived such a horrible state. 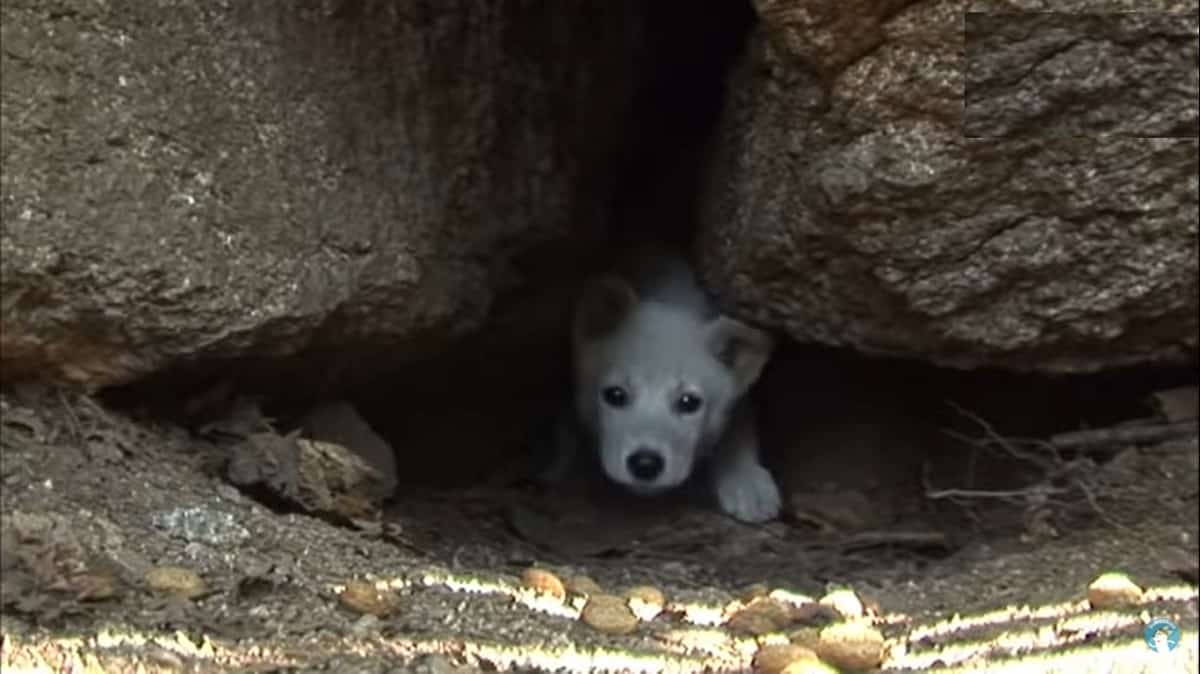 The rescuers wanted to get the puppies to safety right away, but they noticed an adult dog roaming around the area. And so, they agreed to observe them first. And in a few moments, they proved that their suspicion was right. She was the puppies’ momma dog.

But while the adult dog was in fact the mom of the little ones, she just observed her puppies from afar. She did not stay with them at the crevice, so the rescuers had to know why. They followed her, and at the top of the mountain, they saw the lifeless body of another puppy that looked almost identical to the ones in the cave. 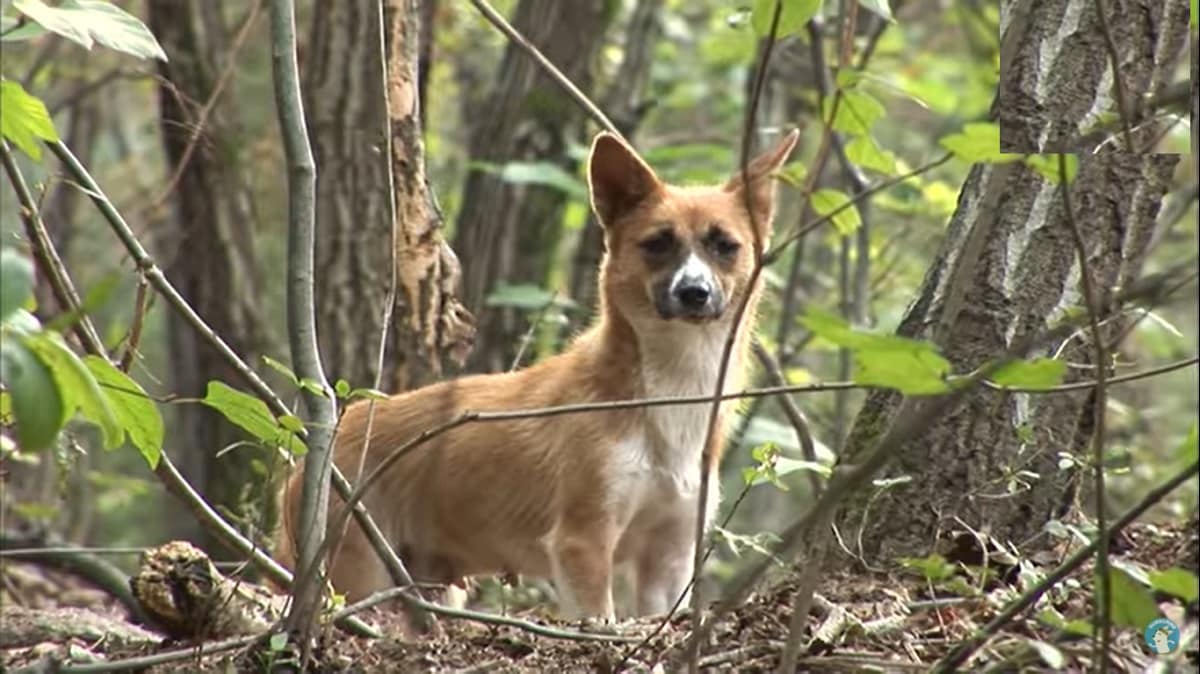 The rescuer buried the dead puppy and proceeded to lay out their plan. They lured the puppies out of their hiding spot and managed to catch the first puppy without a fuss. But after that, they had to dig out the soil to reach the remaining two puppies that hid deeper into the crevice after their sibling was caught.

It took lots of work but at last, the rescuers secured all three puppies. Later on, they proceeded to capture the momma dog. They failed during their first attempt, but with the help of the locals, they were able to catch her, too. 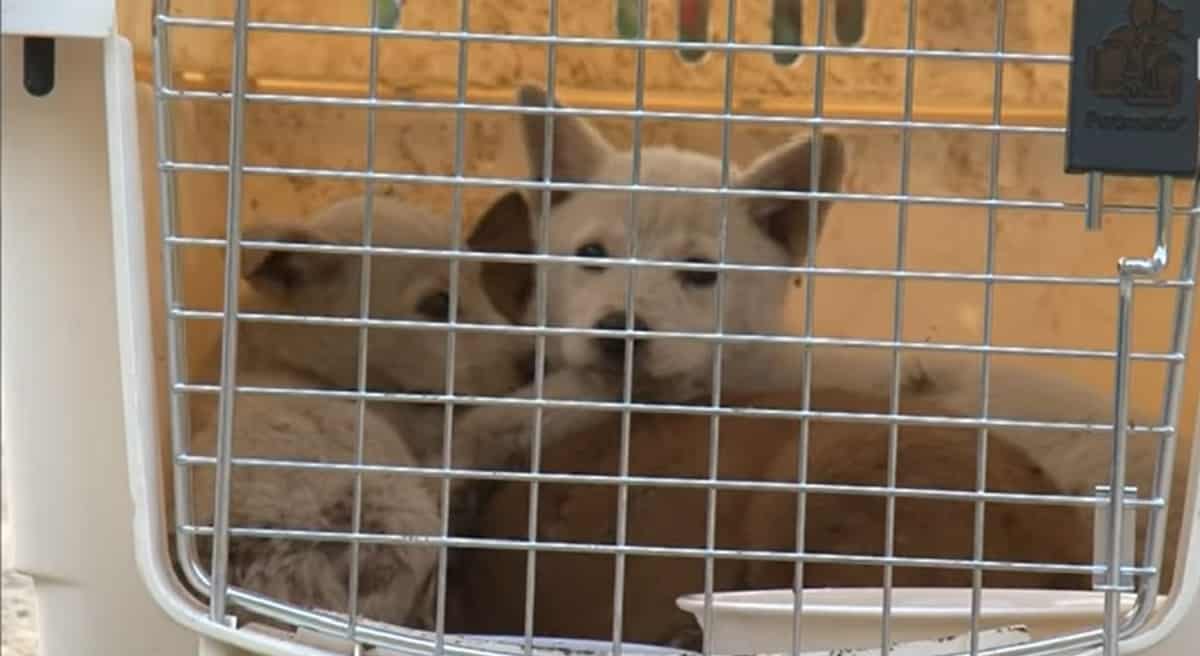 The momma dog and the three puppies received medical care. And while they all had parasites, their condition wasn’t that serious, and it resolved in no time.

After hearing the furry family’s story, an elderly woman came forward and offered to adopt them. So from the vet’s office, they continued to their forever home, where they started fresh.