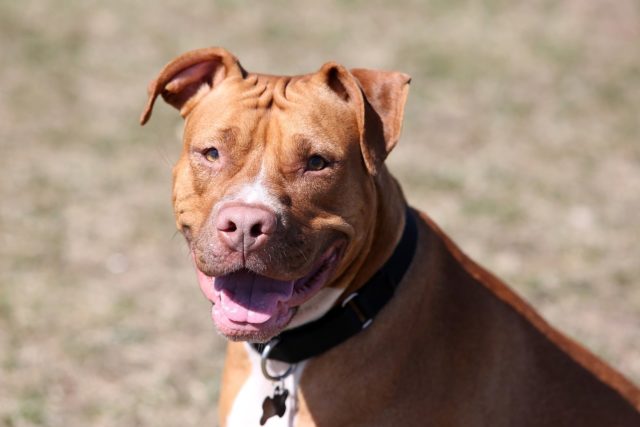 Certain dog breeds may be unfairly judged just because of their breed. Some people may even treat you unkindly if you have a dog of that particular breed as was the case of the Pit Bull dog breed.

This was the case of Cruz the Pit Bull. He was taken to a shelter in San Bernardino, California but was labeled by the welcoming staff as aggressive. Hence, he was immediately dismissed. But one volunteer named, Maria Sanchez took a chance with Cruz. What she saw with the dog was that he was aggressive because he was scared. He doesn’t know why he is at the shelter; he missed his home and was showing signs of neglect.

Watch the sweet video below as Maria showed affection with Cruz.

According to many experts, Pit Bulls can be naturally aggressive. Well documented accidents were reported to be caused by Pit Bull attacks. These accidents indeed happened, but this is because of irresponsible dog owners.

Originally bred to fight in the pits, the breed is known for their resilience and ability to fight until the end. But most of the pit bull dogs are sweet and loving family dogs. This is especially true for Pit Bulls that were properly trained and socialized.

Just like you see in the video, Pit Bulls may be an aggressive bunch, but they have a gentle spirit and loving attitude for the people they love. If they are trained to go along with strangers and other animals, they can be kind and well-behaved.

The documented reports of Pit Bull attacks are accurate, but usually, it has an underlying cause.

The story of Cruz the Pit Bull above is, and evidence that the breed is not aggressive, and they are not necessarily mean. They can be sweet and loving just like any dog breed out there.

Read more about the Pit Bulls aggressiveness at Pet Helpful.

Thanks to I Heart Dogs for sharing this story.