Home About Doggy Blind Dog Can Barely Contain Her Excitement The Second Time She Senses... 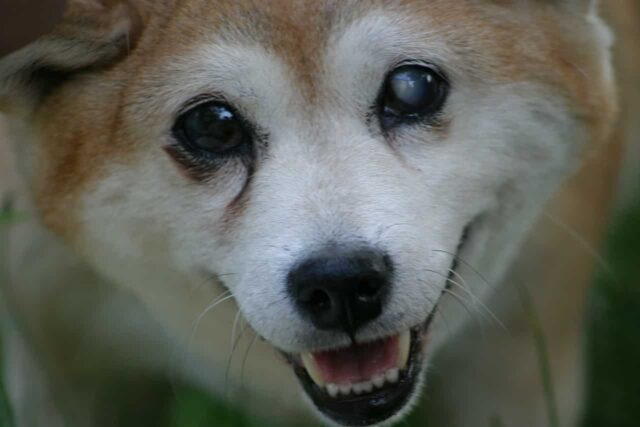 When Mandy Leung took home a husky named Mackenzie, she could already tell the dog was special. The 10-week-old pup was blind in her right eye because of glaucoma, and one month later, she woke up also unable to see with her left eye.

However, Mackenzie hasn’t let her blindness stop her from living life to the fullest.

Leung wrote on her Instagram account that learning to adjust at such a young age has made the blind husky become a very confident girl. She gets to new places just so fine and can even play fetch like a normal pup.

She added that she sometimes forgets that Mackenzie is visually impaired because she stares into her eyes when she looks at her.

Mackenzie also loves to play with her friends in the park, snuggle with Leung, and go on long walks. Leung said Mackenzie is so timid at home. However, she’s very mischievous and silly outside. She’s the most friendly dog and hasn’t met anybody she doesn’t like.

However, Mackenzie’s most favorite thing in the entire world is snow.

All year, she waits for winter. And when the snow begins to fall, Mackenzie can’t contain her excitement.

She may be unable to see the snow, but when she feels snowflakes falling on her whiskers and face, she has the loveliest reaction. 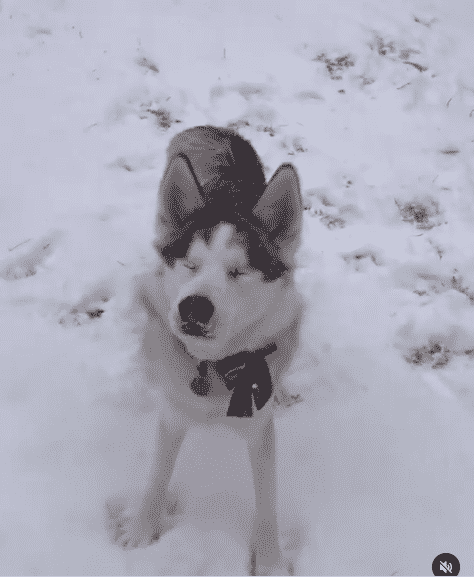 According to Leung, snow is one of Mackenzie’s favorite things. She doesn’t want to go inside if there’s snow outside.

Her thick coat warms her from the cold. So, Mackenzie could play in the white stuff for hours if her mom Leung lets her.

With her blindness, the husky’s other senses are heightened, that is, her smell, hearing, and touch. And snow is the only thing that would seem to delight them all.

If only if it could be winter throughout the whole year.