Cleveland Browns star defensive lineman Myles Garrett is a proud fur dad to Gohan, a black German Shepherd. Myles treats Gohan as his son. He wants Gohan to have a wonderful dog life with him. Furthermore, Myles wants his dog to have plenty of friends and experiences; that is why he organized a puppy playdate for him! 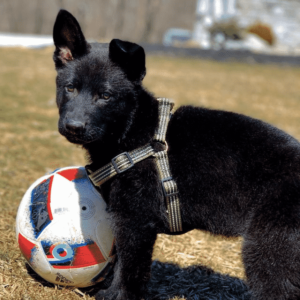 The puppy playdate happened at Canine Meadow Dog Park in Kirtland, Ohio. He announced the playdate on Twitter. On his playdate invite, Myles mentioned that he would not be signing autographs on that day. He only wanted Gohan to interact with other dogs during the playdate.

Myles promised that there would be other playdates for Gohan in the future. He wanted Gohan to grow up to be a happy, friendly, and outgoing dog.

Myles described Gohan as “half amazing, half dog.” He created an Instagram account for Gohan and presently, it had more than 14,000 followers. Gohan’s Instagram account had lots of photos of his bonding moments with Myles.

Gohan is welcomed as the newest member of the “Dawg’s Pound” by the fans. Gohan wears a Browns jersey to symbolize his membership at the fans club. 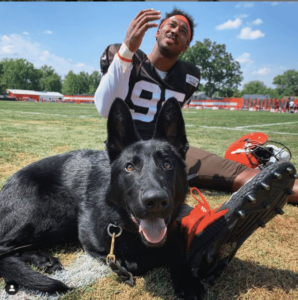 When Myles isn’t playing or doing training, he will always spend time with Gohan doing some outdoor activities. They run in the snow, walk on an open field, and play ball. If they feel lazy, they will lounge on the porch to enjoy the breeze and the sun. 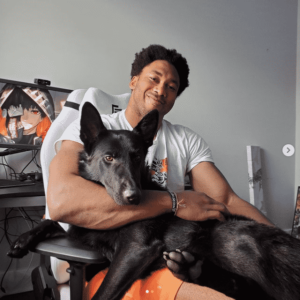 Continue to make memories together, Myles and Gohan! More pictures of you together on Instagram!