Home About Doggy Stories Cute And Smart! Pup Runs Away But Then Returns Home With A... 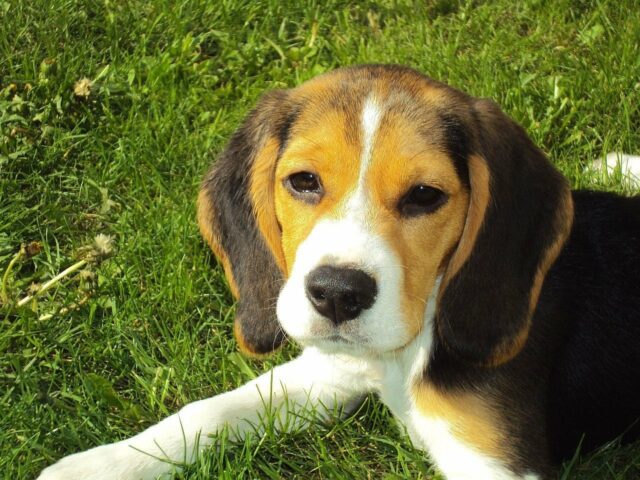 How many times has your beloved pooch escaped from home to go on adventures? Sure, they will return. But often, they go back home dirty and, on some occasions, wounded.

But this one Beagle from the United Kingdom is different from many escapees. He returns home with a bag of treats. If it’s for his owners, nobody knows.

The adventurous dog in question

The unnamed pup who escaped from home was filmed returning from his sojourn with something in his mouth. Georgia Savage, a salon owner and the dog’s fur parent, posted the clip on TikTok where it went viral.

In the video, you could see that the dog was waddling towards his owner with a bag of frozen chips. As of this writing, the adorable clip had more than 170K reactions and over 3K comments. It had also been shared more than 11K times.

People’s comments to the video were positive and funny, a clear indication that they found the dog’s gesture cute. One commenter probably projected his boyfriend to the dog and said that his guy went out to buy dinner. Another commenter said that the dog was so adorable and that he was even proud of himself.

A third commenter thought that the dog’s face said it all — as if it was saying that while he got the chips, he wasn’t willing to share them. Someone else humorously said that the pup was like he was out all day providing for the family while the family wasn’t doing anything at all.

However, some commenters shared an interesting insight. They said that Beagles had a reputation for being thieves whenever they went on adventures. One netizen shared that back in the ‘70s, he/she had a Beagle who ran away on Christmas Day. The said Beagle then returned with a cooked turkey.

So in case you have a Beagle, you know what to expect. 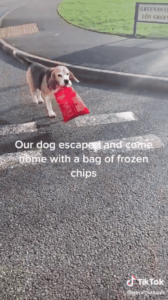