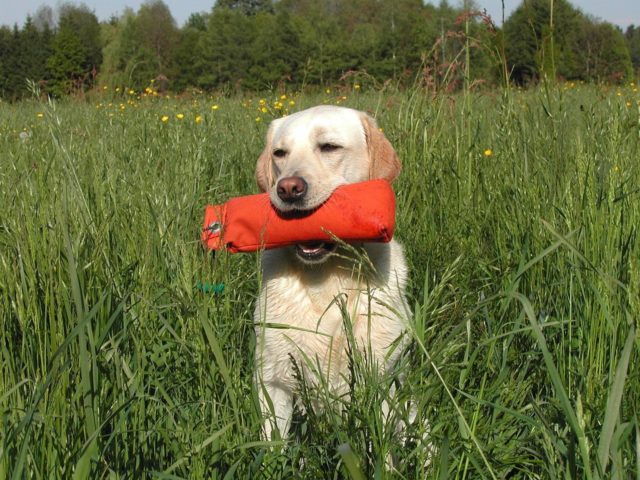 Archie didn’t have that kind of freedom when he was just a puppy. He was found wandering the streets with a chain embedded in his neck. Yes, not just tied but embedded. He was probably chained at a younger age, and that chain was never taken off of him as he grew up.

As he grew bigger, the chain got tighter and got embedded in his neck, strangling and choking him. The chain was so tight it caused a deep, life-threatening wound near his throat. When rescuers found Archie, he was in a horrible condition.

Thankfully, a vet was there to take the chain off Archie’s neck and give him emergency care. The poor dog immediately felt relief as the chain was taken off of him. As he continued to receive medical care, the wounds on his neck slowly healed over time.

His emotional wounds, however, is a different story. These needed more time to heal.

Archie did not trust humans at first. Although he seemed like a friendly dog who would want to play with humans, his traumatic experience prevented him from fully trusting them. One moment he would approach a human, the next moment he would run away and hide. He also avoided eye contact.

The poor pooch’s experience left him severely traumatized that he kept his head low whenever someone was around. He tucked his tail between his legs even as he ate his food. But, as the saying goes, time heals all wounds.

After some time, Archie’s emotions were healed. He started to enjoy life just like any other dog. He was happiest when he was running outdoors. Whenever he did this, his face would look so happy as if he was saying, “I’m finally free!”

Yes, Archie was finally free. He was literally and figuratively delivered from his chains.

The lovable dog now lives with his humans in Pennsylvania, along with his two wonderful sisters. His forever family loves him and says he is “such a good boy” who loves jumping around with his sisters. Archie makes everyone smile wherever he goes.

Archie isn’t chained anymore. He can now be what he should be: a dog who loves people, loves life, and makes everyone happy.