Home About Doggy Dog Happily Reunites With Her Excited Litter 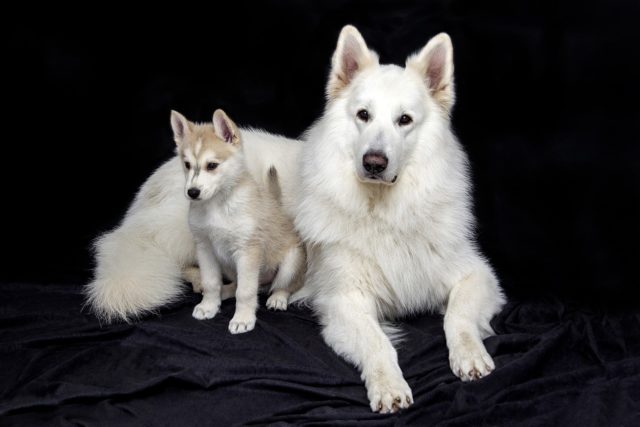 Mammals share many things in common. These animals are warm-blooded, have hair, and feed their young with milk. On top of those, mammals are distinct in the animal kingdom in terms of how attached their young offspring are to their mothers.

From humans to dolphins, mammals manifest that special bond between mother and offspring. That is also true among doggos. Yes, while professional breeders will have you believe that dog moms could not care less about their litter, the truth is actually the opposite.

Need proof? Watch the video below and find yourself in awe.

Our video was shot at the Marin Humane Society in Novato, California. This organization is dedicated to providing rescue dogs with their forever home. Also, it’s dedicated to documenting touching videos about dogs, such as this one, with the hopes of inspiring people to be kinder to dogs and animals in general.

In the video, we meet Cora, a canine mom who has recently given birth. For some reason, she had to be separated from her litter. Today, Cora gets to reunite with her litter.

The video begins with Cora standing in the corner of a small room. A staff member from the Marin Humane Society introduces Cora to her four puppies. One by one, the staff member brings out Cora’s babies from a crate.

As soon as Cora sees her babies, she becomes more social. While a few seconds back, she’s seen standing quiet and disinterested in a corner, now she’s eagerly mingling with her litter. Her litter is just as eager to meet their mom, Cora.

The dogs bond. We can tell how excited they all are to find themselves in the same room finally. Cora starts running around the room, with her litter tailing her and following her every move.

Thanks to ABC News