Canines love their hoomans so much they’re willing to accept affectionate gestures from them. Even if they end up looking cheesy, dogs don’t care so long as they get to reciprocate those actions.

Thus, a dog riding with its fur parent’s dad accepts cheek kisses from the man. And, with the way it looks, the pup doesn’t mind receiving more as it’s how its fur grandad shows affection.

I so love you, Trappy.

In this sweet video clip, a man sits in the driver’s seat of his car. Yet, the man isn’t alone in the vehicle as a brown-furred dog named Trappy takes a seat on his lap.

At first, you’ll think Trappy and the man merely wait for the traffic lights to turn green. But, before the doggo can react, the man soon turns his face inward and places a chaste kiss on his cheeks.

Despite feeling surprised by the man’s gesture, Trappy welcomes it and even moves his face inwards. At some point, the doggo even closes his eyes while the man’s doing the gesture.

I love you too, Grandad!

It turns out Trappy’s the best of friends with his fur dad’s father, the man giving him the sweetest of cheek kisses. Even if the pair publicly show their affection for each other, the doggo doesn’t mind and carries on staying still to gain more of Grandpa’s kisses. 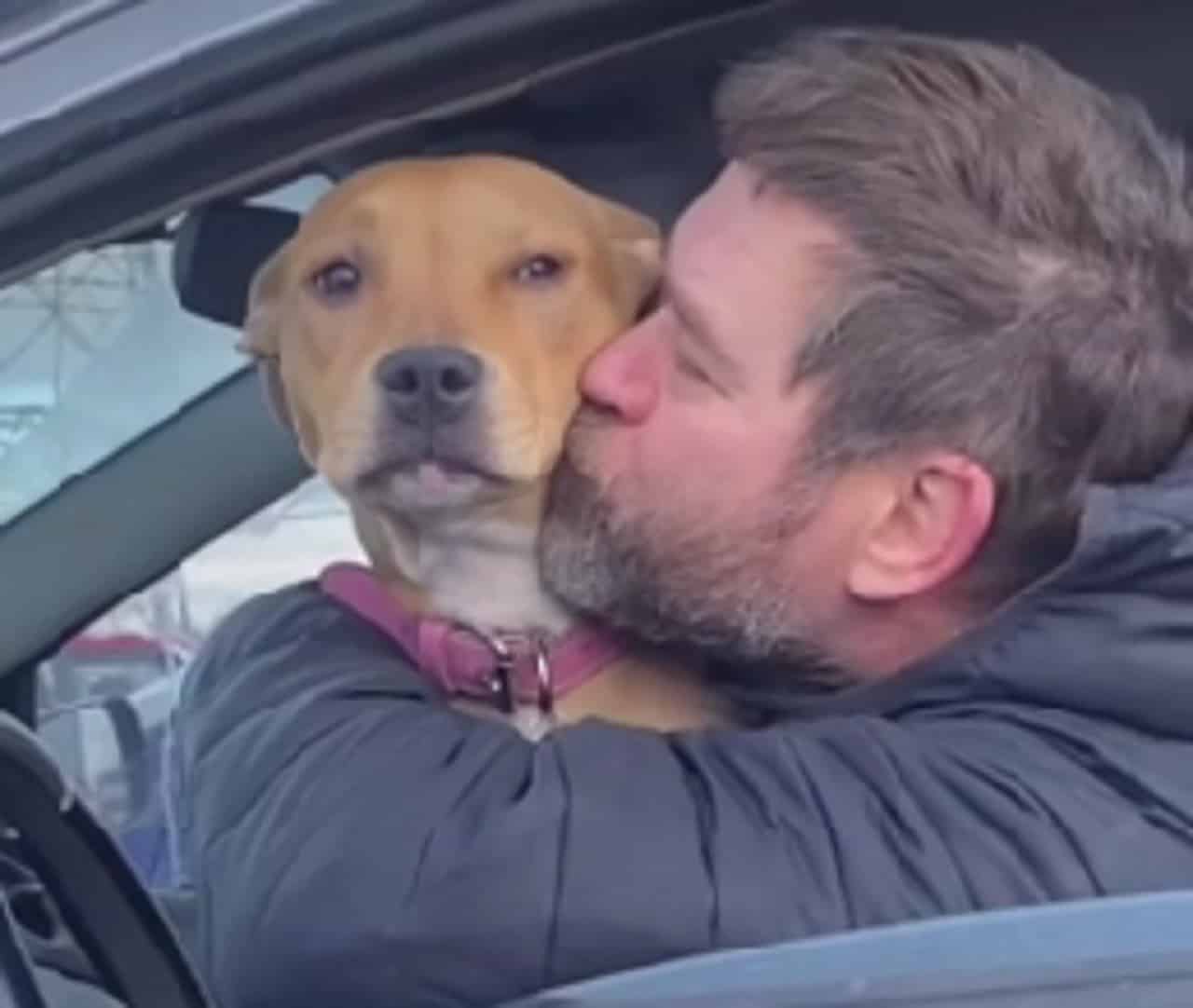 Thus, for the next few seconds, Trappy remains sitting still on Grandpa’s lap as the man places a sound smack on his cheeks. But, it looks like the canine has had enough of their cheesy show of affection as he faces in the other direction.

Can’t get enough of Trappy taking the time to show his Grandpa how much he loves him? If you want to see the pup in live action, just hit the play button linked to the footage below.