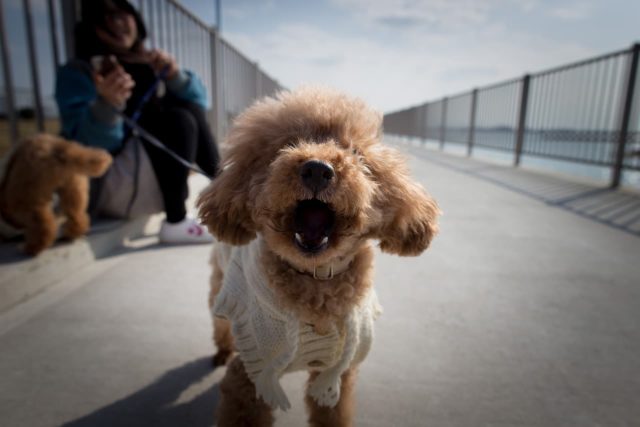 Everybody has goals that they wish to achieve in this lifetime. However, the road to achieving such goals isn’t an easy one, as some detours and hindrances block the way.

With this, an adorable dog tries its very best to remove a piece of cheese stuck to her face. Though it took a few attempts to remove it, the dog inevitably managed to achieve its goal with sheer determination.

Uggh! There’s a cheese stuck on my face.

In this comical video, an adorable curly-furred pooch named Roo sits comfortably on their wooden floor. By the looks of it, Roo’s preparing herself to take her much-needed afternoon nap. 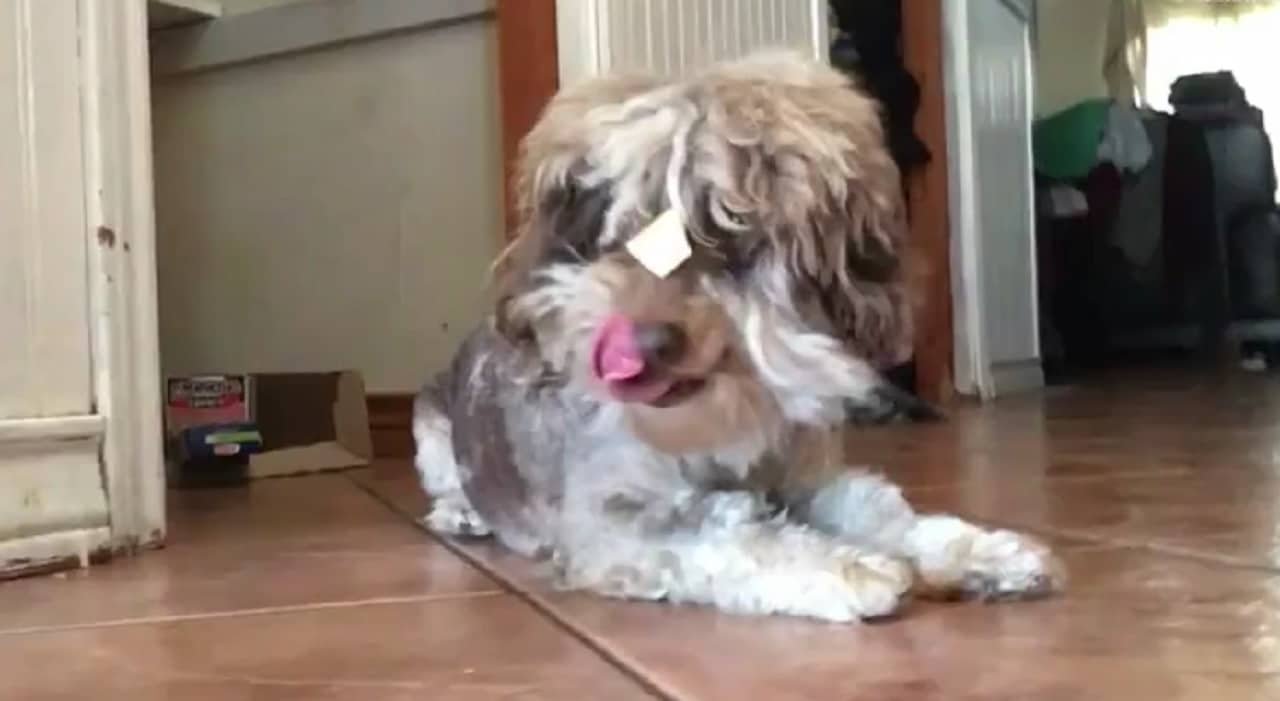 However, Roo can’t proceed with her plan as something’s bothering her. If you look more closely, you’ll eventually notice a piece of cheese stuck on the dog’s fur.

We may never know how the cheese attached to the dog’s fur, but perhaps Roo accidentally got it while having her snack. Regardless of the reason, little Roo can’t wait to get the cheese of her face as she starts prying it off.

Just a little bit more, and I’m free from you.

At first, Roo flicks her head in an attempt to dislodge the cheese. When this strategy didn’t work, the dog attempted lowering her head while using her front paws to remove the cheese.

But, it looks like Roo got herself in a sticky situation when the little piece of cheese still refused to detach itself from her fur. As such, Roo decides to reuse her original strategy, flinging her head from side to side while attempting to bite the cheese off her hair. 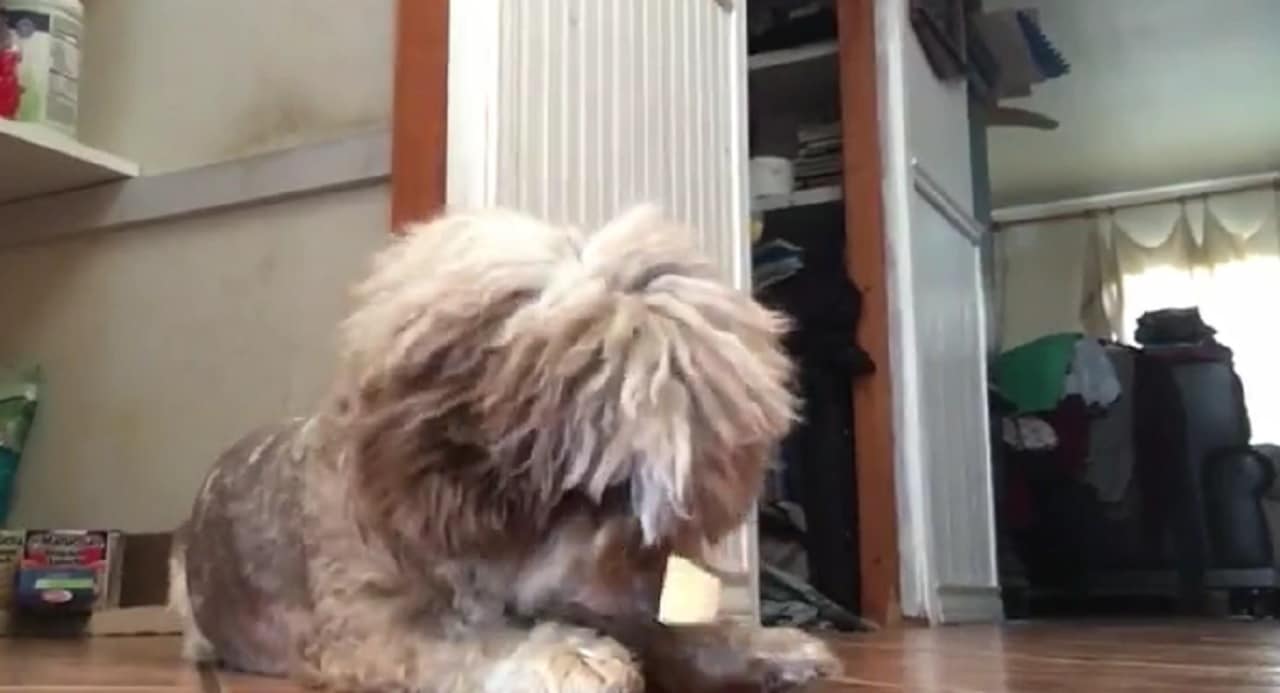 Roo carried on with her stint in the hopes that the cheese would eventually fall off. After a few more rounds of head flinging, the stubborn piece of cheese finally fell on the floor.

How do you think Roo reacted upon seeing the pesky cheese? Check out the video’s ending by clicking on the link below.