There’s nothing like seeing a Golden Retriever dad and his son have fun. Especially when the latter looks like an exact copy of his dad down to the very smallest detail, it’s quite an experience.

This gold dad’s name is Tucker, and his son’s name is Todd. Seeing them together will make you believe in the power of DNA, and their bonding activities are sure to give you good vibes. 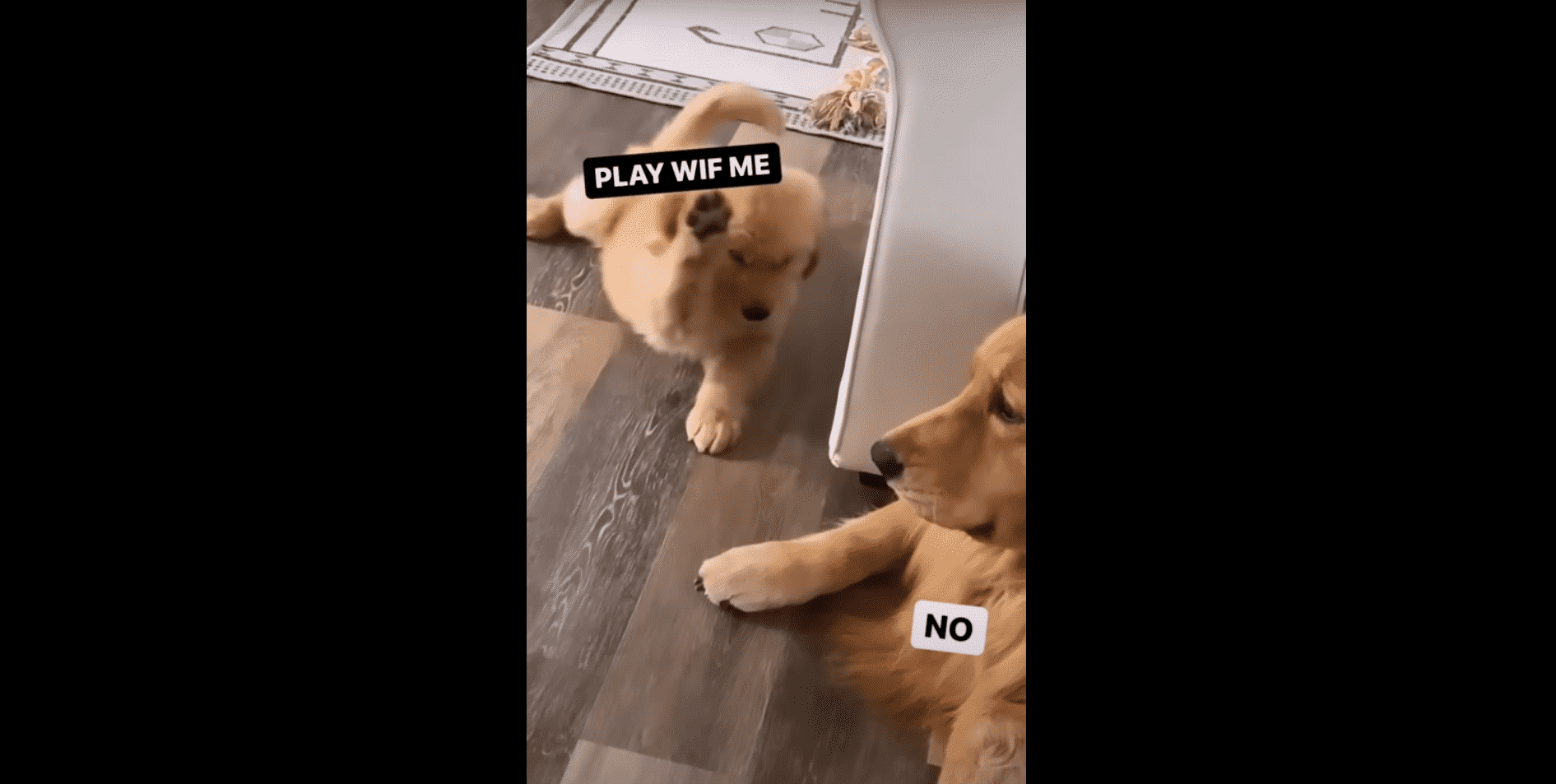 Todd looks similar to his Golden Retriever dad, but with a slight difference. The pupper’s coat is lighter-colored and his eyes have a certain shade that from his famous father.

The young golden looks just like his father when the latter was little. Tucker now sports a gorgeous deep golden coat and is more serious-looking now that he’s a dad. That’s how life goes, doggos! 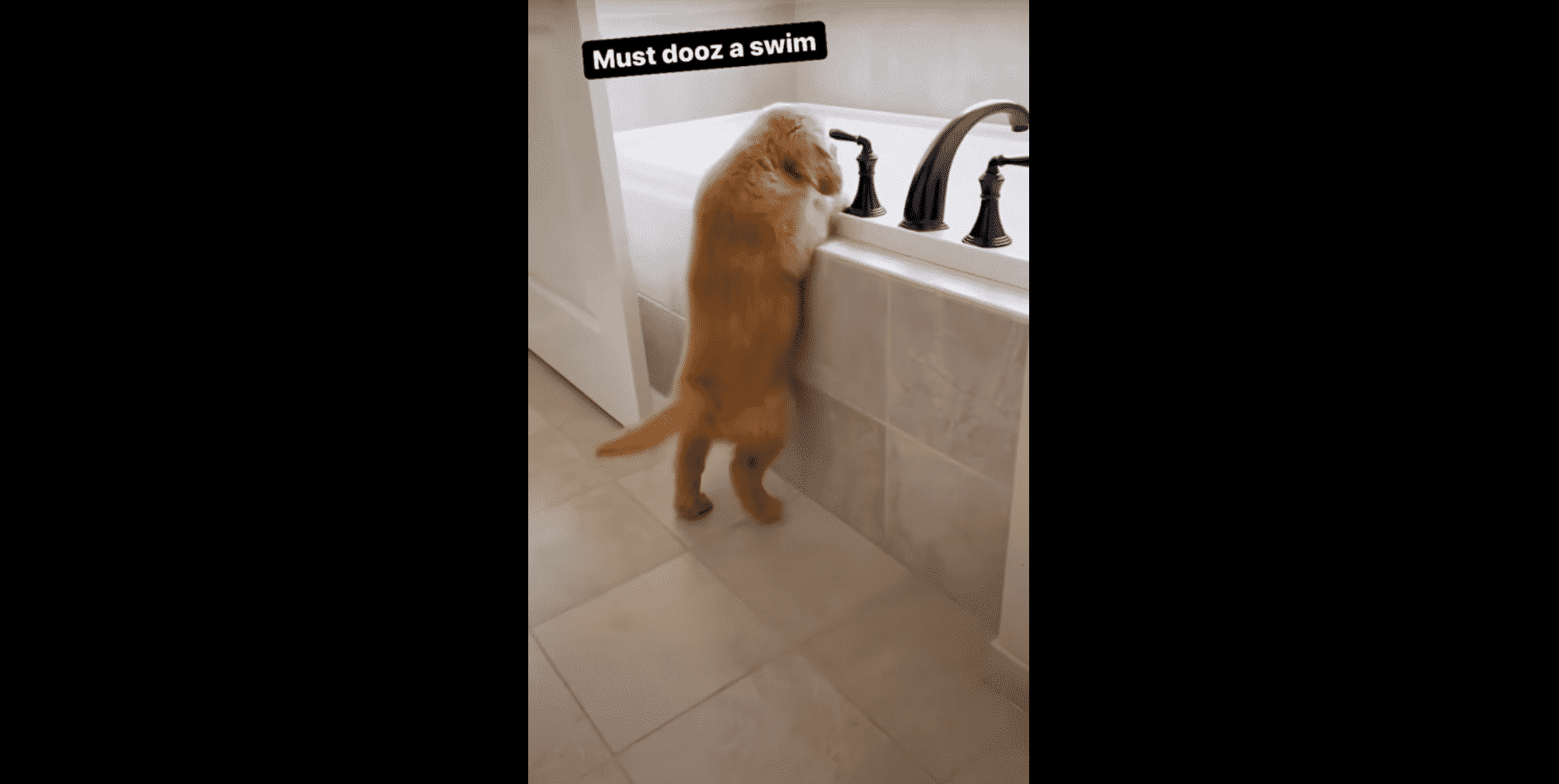 Even so, these two sport the same mischievous grin whenever playtime comes. The two, after all, enjoy playing and chasing each other and this could go around all day if they’re permitted.

Dad Tucker looks very much like a responsible father figure keeping an eye on Todd. That doesn’t mean he doesn’t indulge in their favorite activity together – playing in the bathtub. 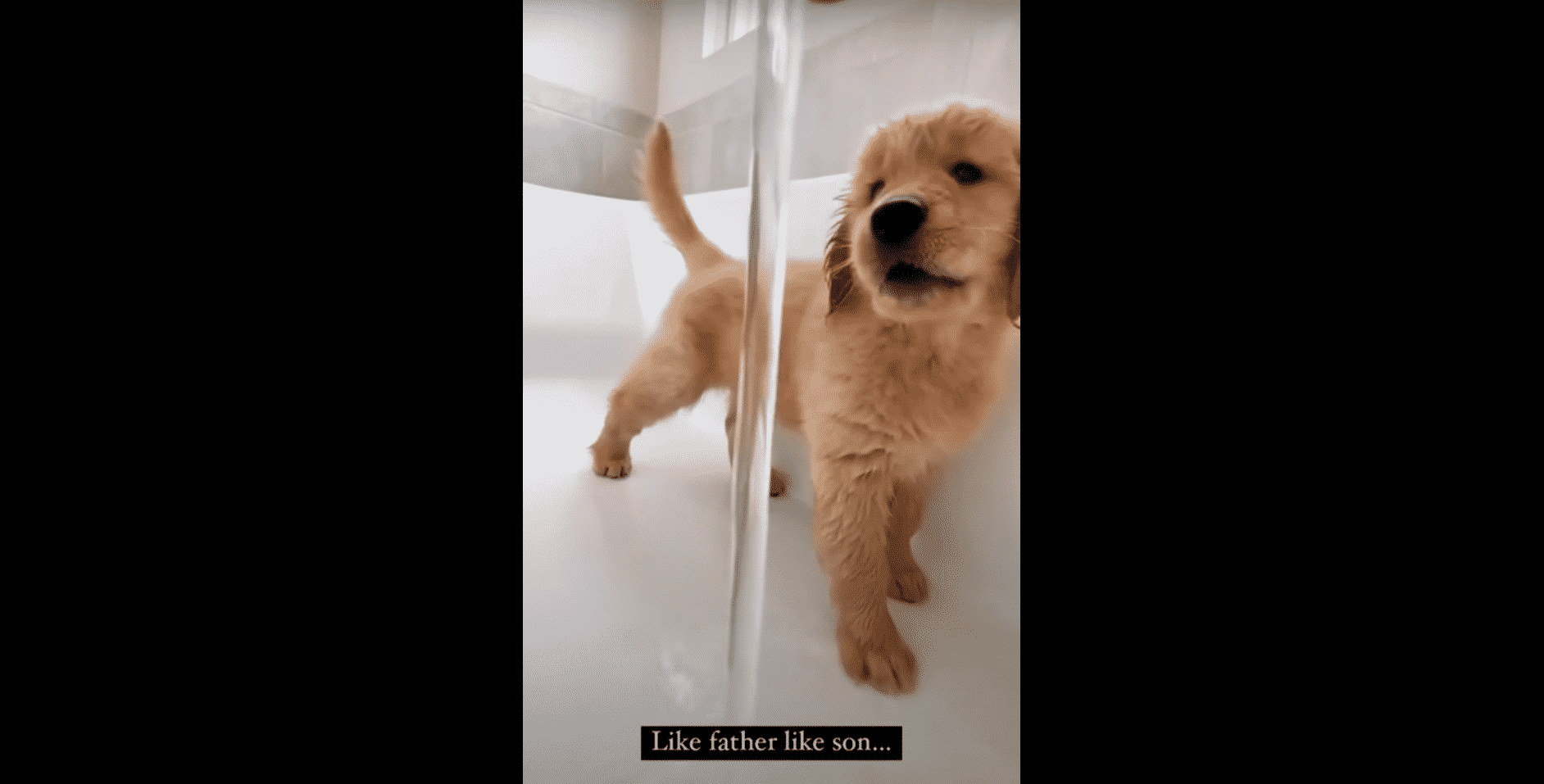 Todd loves snatching his dad’s previous titles, and this time,  the little one proved that he’s the new king of the tub.

He sticks to his dad and follows him around, and of course, it’s adorable to see them side-by-side. Todd challenges his dad’s inner gangster with all his antics, but it’s cool. 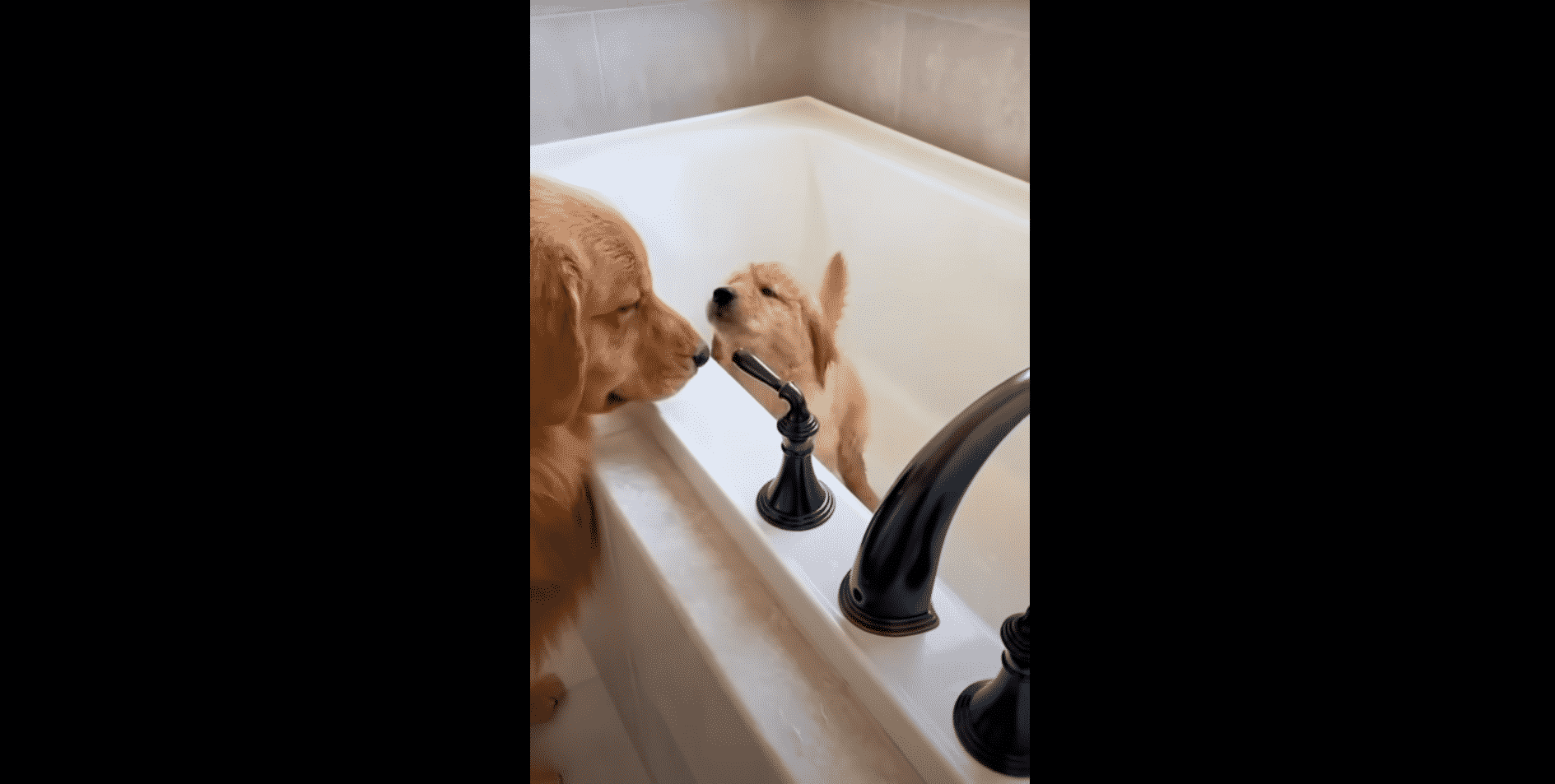 They still have a lot of time to spend together. Golden Retrievers live between 10 and 12 years so there’s plenty of time for Tucker and Todd to enjoy each other’s company.

That’s the best part of this story, and we can hardly wait to see more of this duo’s antics. Here’s to more epic adventures together, you two!