Home About Doggy Great Dane George, The Service Dog, Gets A Time-Off From Work And... 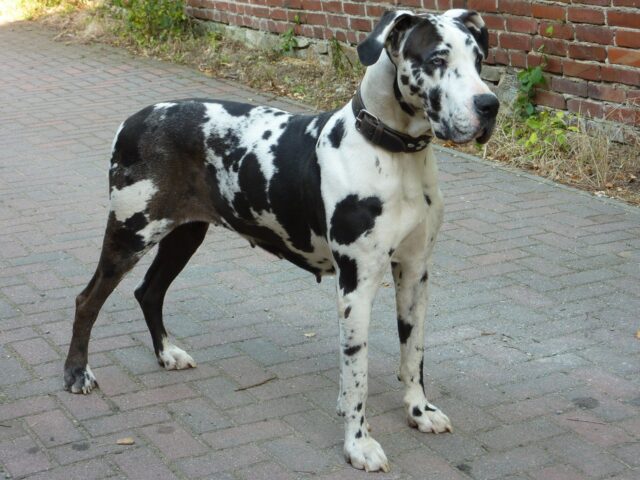 One service dog, a Great Dane, had his best day ever because he did something amazing and heroic. He helped his human to recover from a rare disease and to walk again!

George the Great Dane has changed the life of Bella, Rachel Burton’s daughter. Bella is suffering from Morquio Syndrome, a rare genetic disorder that affects a child’s bone, spine, and organs. Overall, Morquio Syndrome greatly affects the child’s physical growth. The activities of a child with Morquio Syndrome are also limited.

Before George came into Bella’s life, she was dependent on crutches and wheelchairs to go around. Later on, Rachel learned that Great Danes could be a perfect service dog for Bella because they’re tall and could fully support Bella on her mobility.

Megan Kokaras, one of the trainers at the Service Dog Project, observed that Bella and George instantly connected. When Bella started to train with George, she said that she felt at ease and comfortable with him. Bella was more encouraged to walk on her own than to use crutches because she knew that George would help and guide her.

George has made Bella more confident and independent.

George was treated with a day-off to honor his service to Bella. Bella, Rachel, and George checked in at the Fairmont Copley Plaza Hotel in Boston, Massachusetts. He was welcomed by the hotel manager and dog ambassadors as soon as they arrived at the hotel. Next, they went to Wahlburgers to eat his favorite food: burgers!

The third stop was at a dog treat store where he ate a lot of treats. George’s favorite was the dinosaur bone treat. Fourth stop, Bella and George did sledding.

After a long day, Bella, Rachel, and George went back to the hotel. They were surprised to see that their room has plenty of toys for George! He had his dog bed too!

It was indeed the best day ever for George!