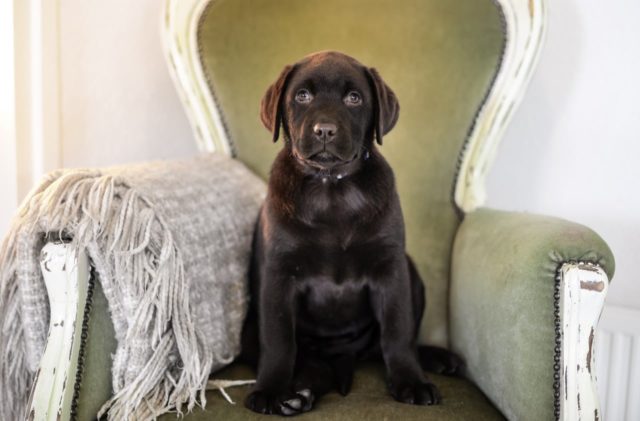 Not everyone is lucky enough to find a lasting and loyal companion in this lifetime. And once we do, it’s quite overwhelming that we can’t wait to tell the world how amazing it feels.

Hank is a 4-year-old Chocolate Labrador under the care of the Fox Valley Humane Association, a non-profit animal shelter based in Wisconsin. When he entered the facility, he has made his terms quite clear. Either to keep him and his purple furry buddy hippo in, or let them wander off alone in the streets together. From that moment, the center workers knew that they were inseparable and meant to be adopted together. 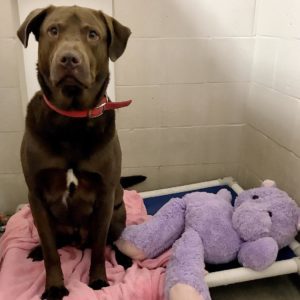 The two stayed together in Hank’s kennel and went on being the best of buds. Until one fateful day, the Hippo was discovered lying on the ground almost decapitated. Efforts were made to immediately save her and stitch her back to a single piece.

No one knew exactly what happened,  so the Appleton Police were brought to investigate and shed some light on the incident. After some unproductive interrogation and Hank’s lack of cooperation, it appeared that he might have been a little guilty of the crime. This, however, did not prevent the police officer to dig deeper into the case to unravel its mysteries.

An interesting turn of events has led to the conclusion that Hank was NOT GUILTY! He was merely trying to protect his best friend Hippo from getting into trouble lest breaking out of their kennel.

The Hank and the Hippo’s saga was posted on FVHA’s Instagram, and has drawn attention and flooded comments from numerous dog lovers. Thankfully, all went well in the end as the two have reconciled, and are now living happily together in their new found home.

APPLETON POLICE CHIEF THOMAS RELEASES OFFICIAL STATEMENT REGARDING FINDINGS OF HANK'S INVESTIGATION The evidence, as well as information garnered from discussions with Hank and his attorney and the Fuzzy Purple Hippo and her therapist have brought the full story to light. Hank is not only INNOCENT, but a hero! Read the full, sometimes hard to read yet deeply romantic account of the events leading up to the discovery of the tragedy on our Facebook page later this morning. @appletonpolicedepartment @nbc26_gb #fuzzypurplehippo #fvha #foxvalleyhumaneassociation #shelterlife