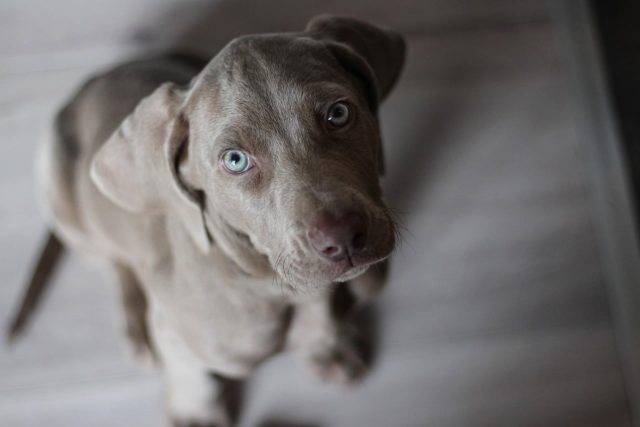 Gretel Eleazar was out shopping in Cebu City, Philippines last month when she spotted a sweet scene. The security guard of the mall she was going to was petting a seemingly stray dog. Although she knows that the shopping center is pet-friendly, they don’t usually welcome stray dogs in the building.

Because of curiosity, Gretel approached the guard. That’s when she learned that the guard’s name is Danilo Reyeg. He’s a dog lover and Franci, the stray pup, has now become his friend.

Danilo likes to feed stray dogs that roam around the mall. However, it was only Franci that developed a bond with him. She follows him around, so Danilo took it upon himself to take care of her. When he’s off duty, Mr. Quinner Cansana, a fellow security guard, feeds the pup too.

For months, Franci stuck by the side of her favorite mall security personnel. She seems determined on making a good impression, especially when she joins Danilo on his rounds. Danilo has sort of adopted Franci. He has taught her basic commands like sit.

Earlier this year, Franci gave birth right outside the mall. Concerned about the family’s safety, Danilo and Quinner helped the puppies find loving homes. Thankfully, some of their friends were interested.

Seeing Danilo’s sweet relationship with Franci inspired some of his colleagues to help. Now, some of them are taking care of homeless animals, including Micmic, a disabled dog. Danilo pays the landscaper of the mall to feed and bathe Micmic. A restaurant worker also collects food scraps and distributes them to Franci, Micmic, and the other stray dogs.

Now, Danilo and Gretel are working hand in hand to help stray dogs who are hanging around the mall. Gretel had Micmic checked in a clinic, and she’s also arranging to get Franci spayed. In the meantime, Danilo is doing his best to keep everyone in the mall safe, both humans and animals alike.