Home About Doggy Man Thinks That The Blind And Smelly Senior Pit Bull He Adopted... 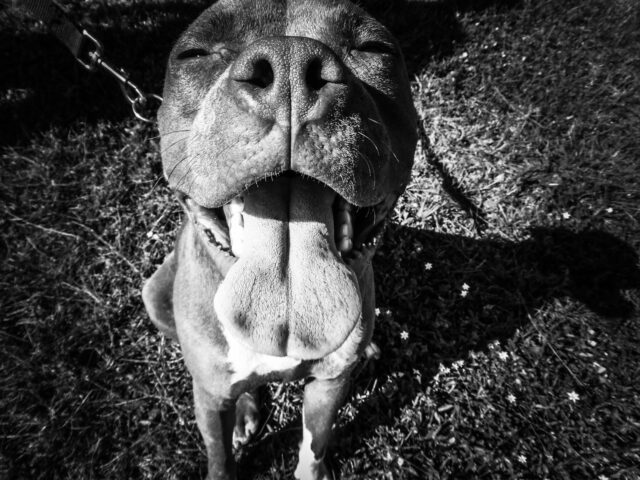 When a senior pit bull named Sherman was rescued, he almost had no hair on his body and his ears were cropped. One of Sherman’s eyes was bulging out and looked really painful. Sherman also had anxiety issues and he also had mobility issues. On top of it all, Sherman smelled bad. It would’ve been easy to say that it would be better to put Sherman to sleep.

It’s hard for shelters to get a senior dog adopted. For Sherman, it’s even harder for him to find a forever family with all his health and emotional issues. However, a man named Heath adopted the old pit bull and gave him the name, Sherman. Heath stated that his family decided to name him Sherman because he was built like a tank and that it’s such a ridiculous name for such a ridiculous dog. 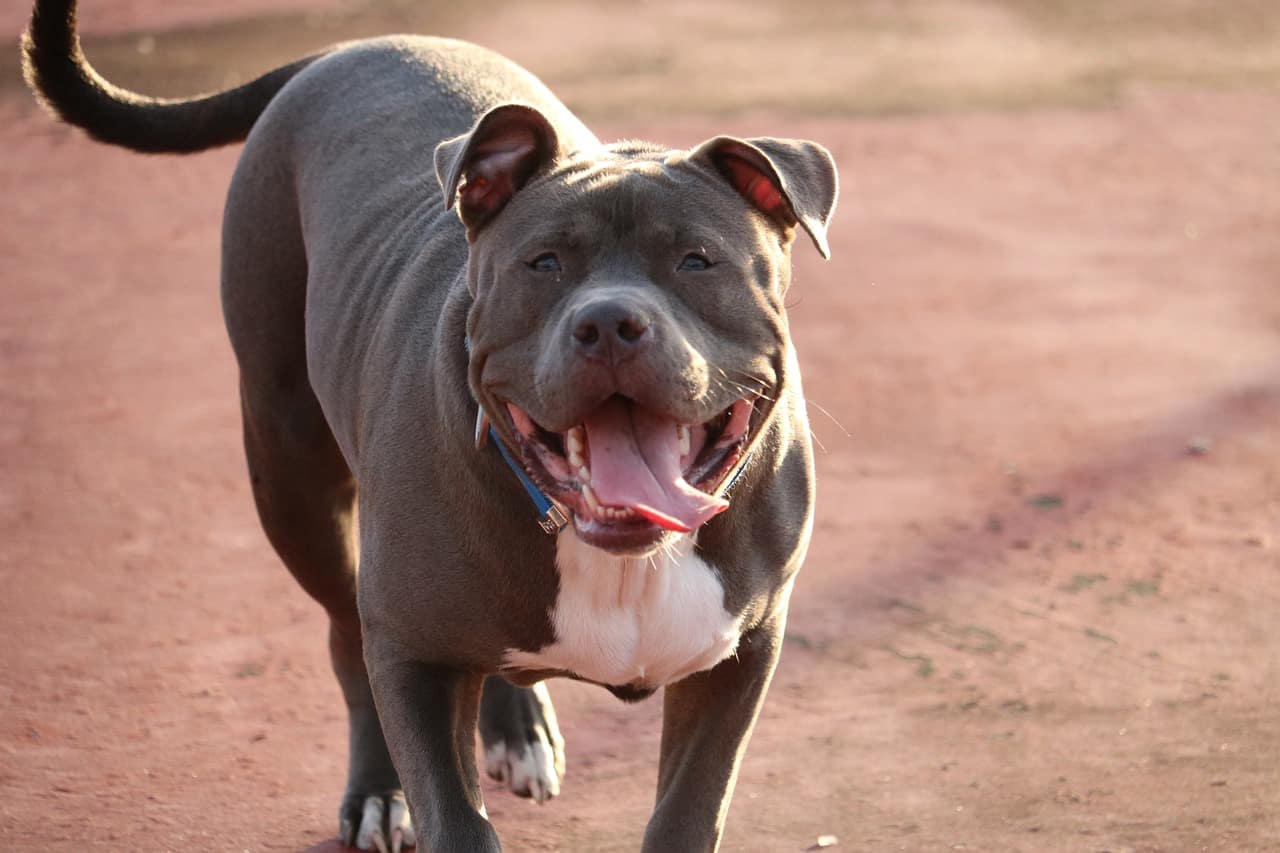 Heath and his partner, Angel, first met Sherman at a rescue event and there was something about Sherman that caught their attention. Sherman had a head the size of a regulation volleyball and he’s just so adorable. So, they decided to foster Sherman despite smelling bad and having lots of health issues.

Heath and Angel aren’t rich but they spent over $30,000 for Sherman’s surgeries. Heath and Angel soon realized that they could never let go of Sherman and they couldn’t imagine not having Sherman in their home. Sherman is the complete opposite of what people perceive pit bulls to be. Sherman is full of love, he loves to cuddle, and he doesn’t have a mean bone in his body.

Sherman had a lot of fear but he wasn’t violent. Heath can’t explain what it is about Sherman that made him so lovable but he can only say that he’s such a fantastic beast. Even people who were terrified of pit bulls fell in love with Sherman. Here’s a heartwarming video telling the story of how Sherman found his forever home and the love he got until his last days with his loving family.