Home About Doggy Stories Military Dog Saved Her Handler’s Life; Now She Is Living The Best... 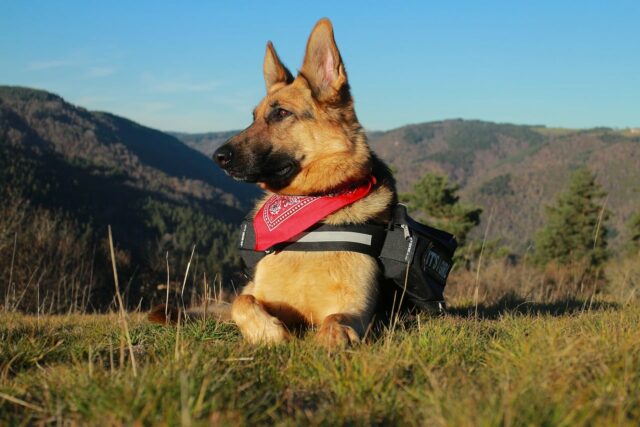 The U.S. Military is not only made up of brave men and women, but it also has four-legged team members. These dogs are willing to take the risk by sniffing bombs, attacking enemies at close range, doing reconnaissance works, among others. Dogs also protect their fellow soldiers, even up to the point of taking the bullet.

One military dog has shown bravery in protecting her handler. Let’s learn more about Lyka’s story, the Belgian Malinois who took the bullet for her two-legged counterpart.

Lyka was deployed in Afghanistan to serve as a US military combat dog. In one of her assignments, she was shot four times at the point-blank range. Despite being injured, Lyka still managed to apprehend her shooter. She risked her own precious life to save her handler, Staff Sergeant Julian McDonald, and the other soldiers in their team.

Lyka was immediately brought to the infirmary for emergency medical care. She underwent seven hours of surgery to remove all the bullets inside her body. Unfortunately, one of Lyka’s legs was badly damaged; an amputation was needed to save her life.

Because of her heroic acts, Lyka was given the American Humane Military Hero Award. However, due to her injuries, she had to retire early from her military service.

Staff Sergeant McDonald knew from his heart that he wanted to give Lyka the best retirement life. However, the military administration was worried about her temperament. They were unsure if Lyka was fit to live in a home with kids. The transition to civilian life might be difficult for a dog like Lyka who was raised to be a warrior.

Lyka was gentle towards the curious toddler! She wasn’t even bothered at all! Lyka let the boy hug and kiss her.

Lyka’s heroic deed was featured in National Geographic. She was even part of HBO’s short film entitled, “War Dog: A Soldier’s Best Friend.”