Home About Doggy Stories Puppy Reacts To Being Called A Name That’s Not Hers And Her... 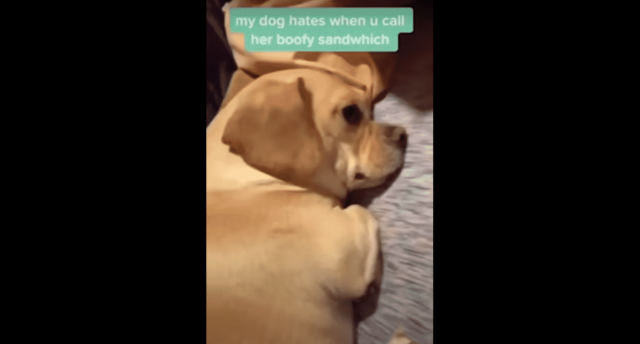 Name-calling has always been a pet peeve for most of us. It’s not the name itself that’s offensive – it’s the association of that word to a certain characteristic that we don’t agree we have.

This female Golden Labrador didn’t like that she was being called a boofy sandwich. Apart from the shady name, its meaning isn’t one to be proud of. 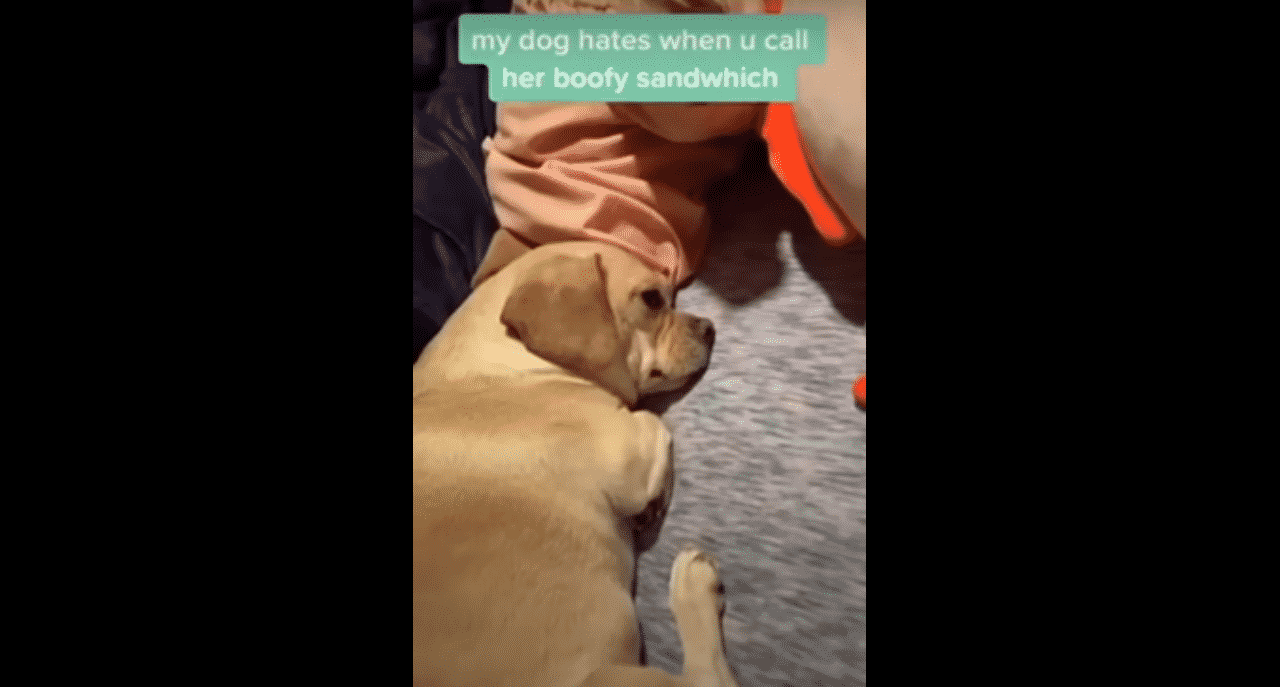 That’s why we totally understood how this disgruntled pet reacted to the name-calling. It’s not respectful, and it’s double the hurt because it was her mom who called her that iffy name.

Mom wasn’t leaning towards causing her pet grief, but her actions didn’t fall on deaf ears. While the pup was on the bed, her stance was anything but relaxed. 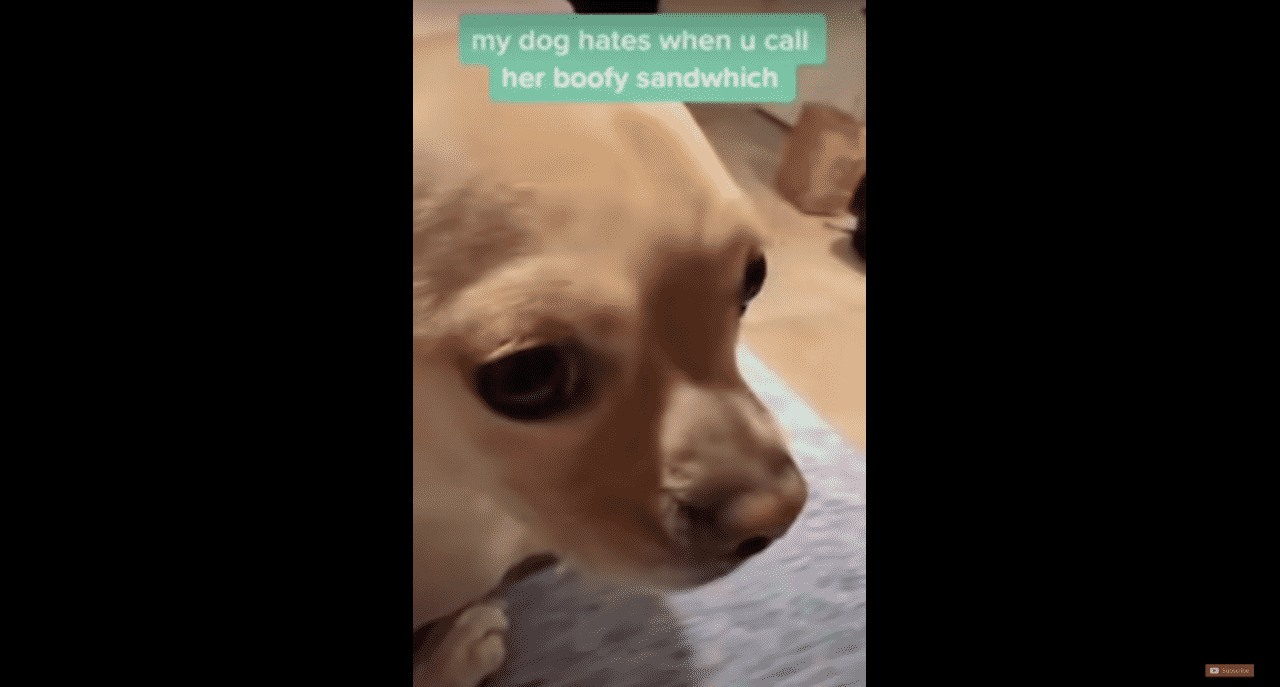 When this Labbie’s mom called her a boofy sandwich once more, the annoyed puppy snarled and made for her mom’s hand. We could see the frustration clearly etched on this pet’s face.

Because we hoomans love a little game of teasing, we can understand that this pet owner meant no harm. It’s just that these poor furballs are too pure-hearted, so they translate behaviors as they are. 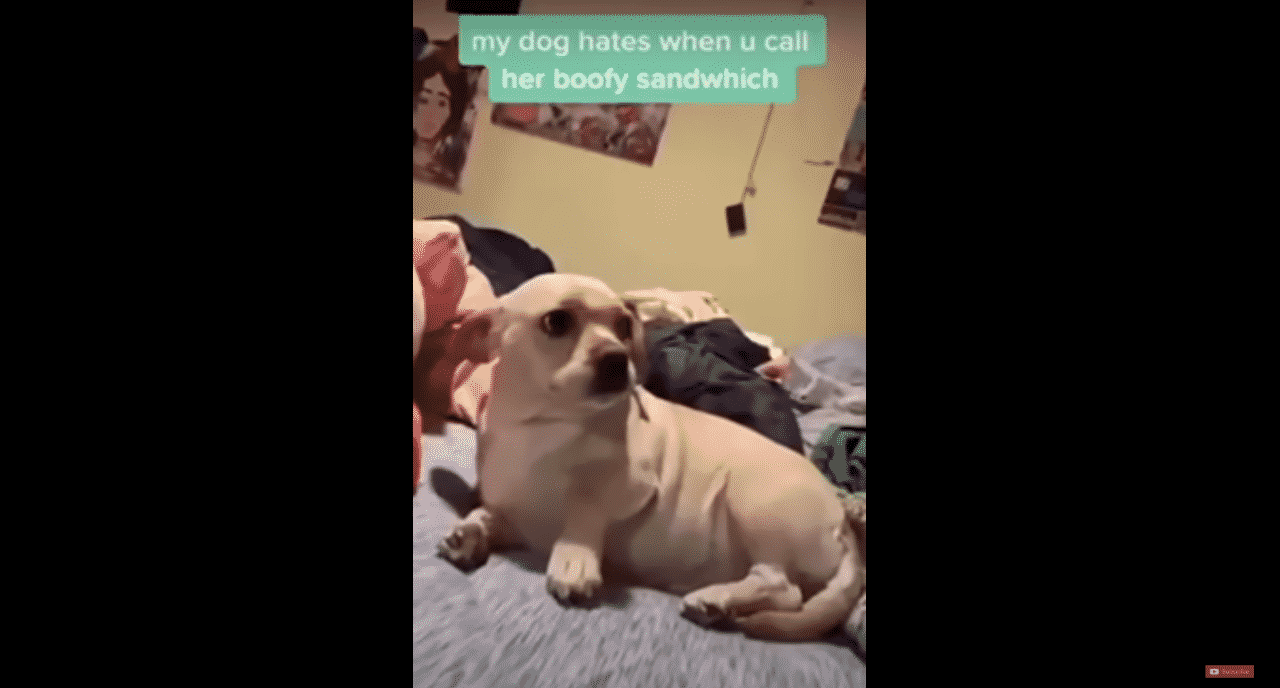 Don’t worry, doggo. Mom’s just using that name to get a reaction from you, and boy, do you react! Your hooman adores you more than ever, so we hope this is the last time she calls you that iffy name.

The next time mom called this pet a boofy sandwich, the pup immediately took action. She snarled and caught her mom’s accusing finger, prompting her to stop. 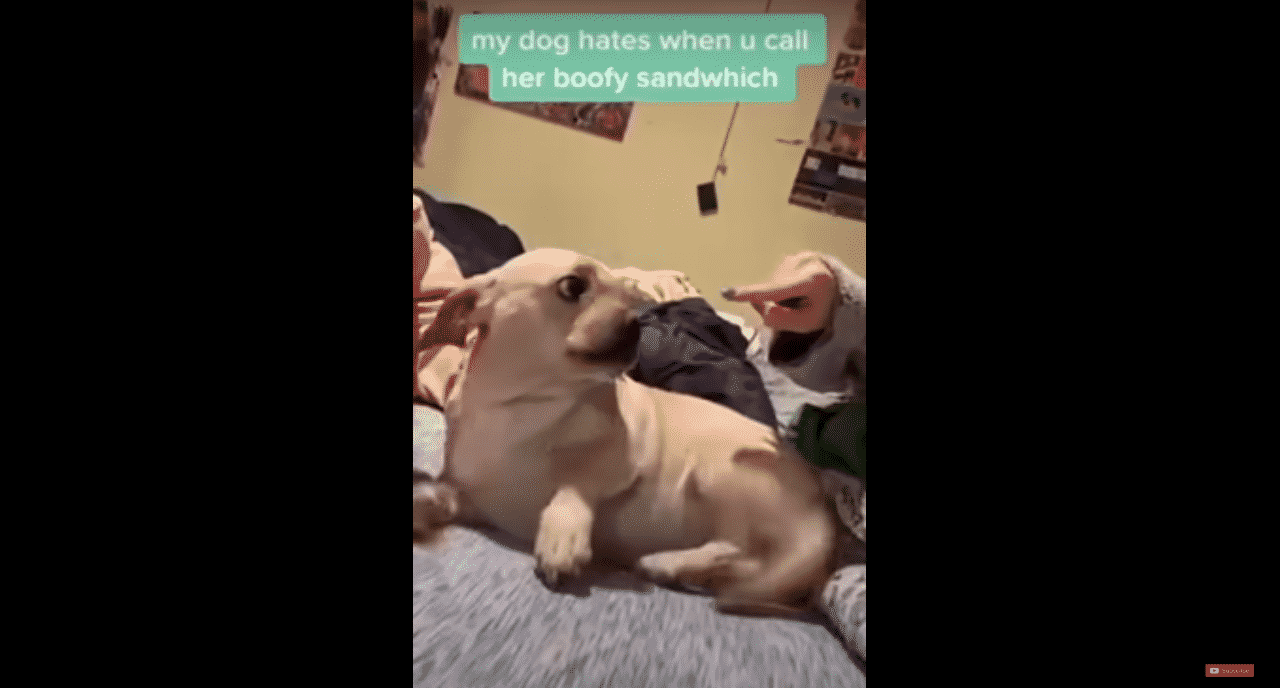 We’re sure that this doggo didn’t mean to hurt mom either, but that just happened. That would teach mom not to keep calling her pet names, complete with pointing fingers.

You’re okay, pet. We’re positive your teeth just grazed mom’s fingers a bit, and that she’s learned her lesson. Let’s hope that there’d be no more of these events in the future!