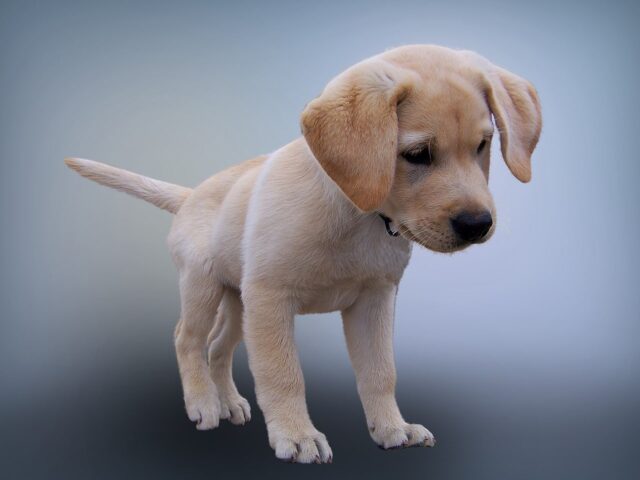 Puppies can also be prey due to their small size and weight. It is a harrowing experience for a fur parent to see his/her little dog being carried away by a giant bird. Besides, the experience can also be traumatic for the poor dog.

One puppy in Arizona was flown away by an owl when his foster mom let her out to do her morning potty.

Bonnie brought 12-week old Latte and her three siblings out in her backyard for their morning exercise and potty. The four young dogs were allowed to go around the ample space while Bonnie was supervising the playful pups on the other side of the backyard. 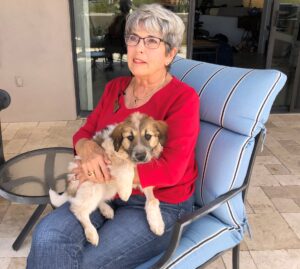 When Bonnie called the four puppies to get inside the house, only three of them showed up. She tried calling Latte several times, but she didn’t appear at all.

Bonnie asked the help of her neighbors to find the missing pup. They used an app (Nextdoor) to inform the whole community about Latte.

After 12 hours, Latte was found at a nearby golf course with serious injuries. A group of golfers found Latte looking weak and dehydrated at the 16th hole of Troon Golf Club.

Latte was brought to the vet for a check-up. It was found out that she had a punctured neck and skull due to talon marks. She was also ben treated for dehydration. The vet said it must be an owl who grabbed the pup, basing it on the talon markings.

Latte’s case isn’t an isolated one. Predatory birds often see a lot of small dogs and cats as prey. It is presumed that Latte survived due to its weight (she might be a bit heavy for the predator) and fluffy coat.

Latte stayed for the weekend at the clinic to regain her strength. She will be back in her foster home as soon as she gets a clean bill of health.

Latte’s treatment reached up to $4,500. Foothills Animal Rescue asked people to help in covering the pup’s medical expenses. Thankfully, the center has collected more than $6,800 from generous donors. Foothills would use the excess for their other projects.

Foothills Animal Rescue is happy to report that Latte is recovering well.  The staff is also surprised by the dog’s resilience and determination to live. 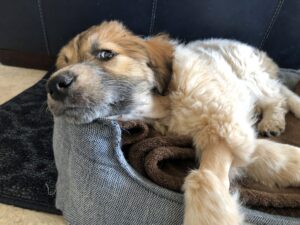 We can’t wait to know more updates from you, Latte!