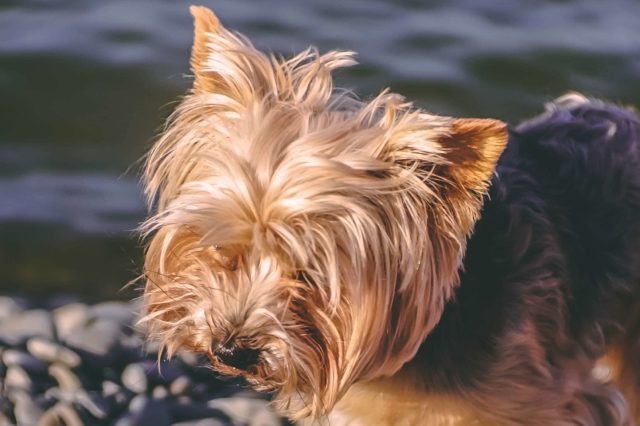 Cookie, also known as Mai Thai, is a wheaten terrier from Thailand who was rescued from a grim fate in the dog meat trade. He eventually flew to the US where he met his new fur mom, Susie Homan from Maryland.

However, soon after he moved into his forever home, he went missing. Susie immediately turned to social media and her friends for help in finding the dog, but their efforts were in vain.

Cookie had been missing for a year when a resident discovered him by accident. Nick An was walking his relative’s Great Dane when the canine pulled on the leash and walked over to a storm drain.

Nick initially thought he saw a raccoon inside the hole, but when he saw that a dog was sitting in there, he contacted the animal control department at once.

It’s unknown how Cookie had been surviving in the past year or how long he had been staying in the storm drain, but animal services workers were glad Nick called them.

Extricating Cookie from the storm drain wasn’t a straightforward affair, though, as the wheaten terrier didn’t want to come out. Together with firefighters from Montgomery County, animal services spent three hours rescuing the dog.

First, they used a power saw to cut off the metal bars covering the drain, and then they lowered themselves down the hole to persuade Cookie to come out. 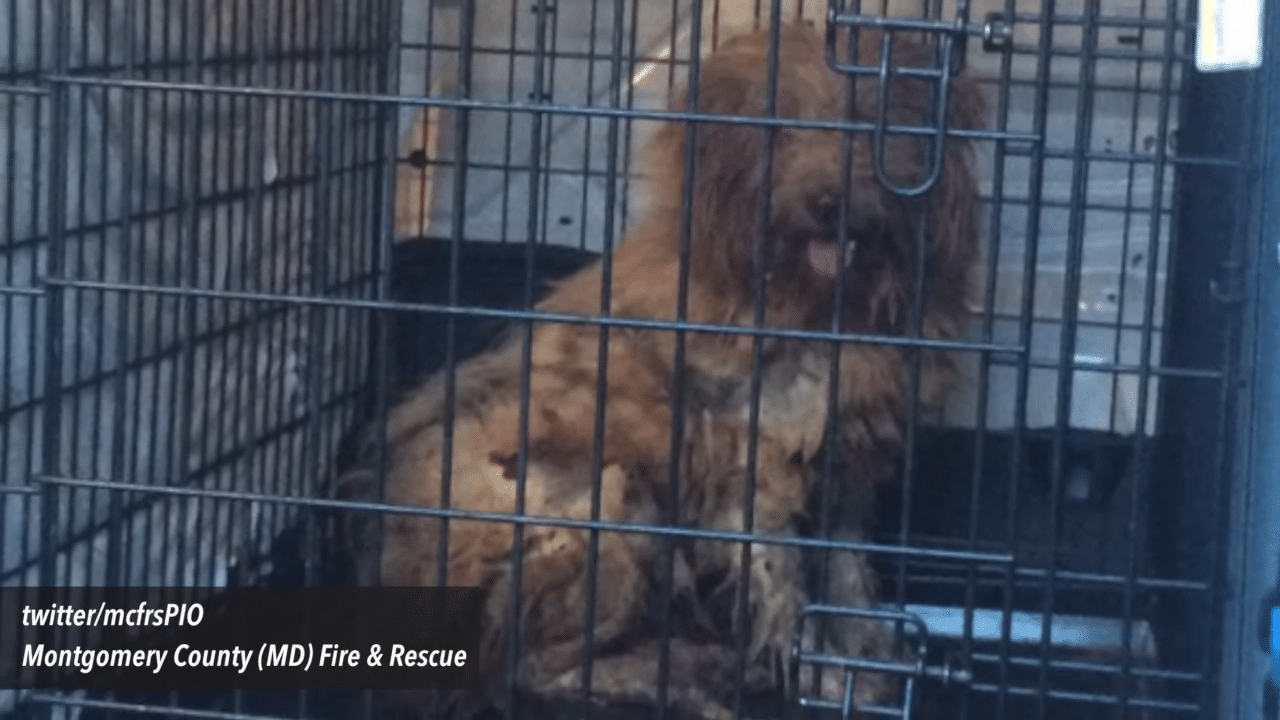 Animal rescuers tried luring him with food and coaxing him sweetly, but the wheaten terrier wouldn’t budge as he was apparently too scared of people.

Hence, the firefighters improvised by rolling several towels into a humongous ball and duct-taping them onto the end of a fire hose. They then used the makeshift tool to gently nudge Cookie to the other end of the storm drain, where rescuers could more easily retrieve him.

Animal workers had to use a net to carry the wheaten terrier to their van, however, as he was snapping at them. But despite being homeless for a year, Cookie was in pretty good shape, and he soon returned home to his fur mom.

Watch Cookie’s rescue in the video below: