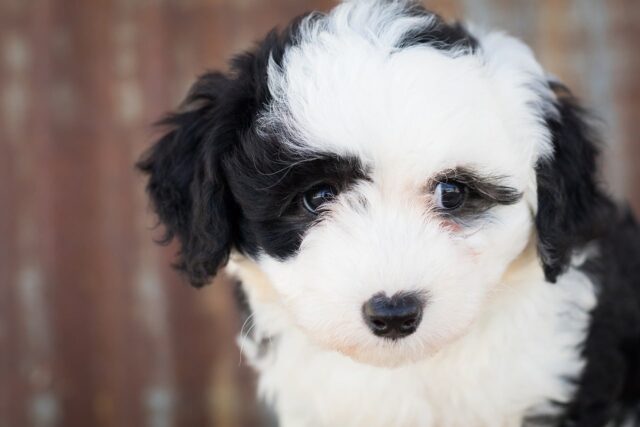 An adorable sheepadoodle from Tacoma, Washington has been doing a swell job at communicating with his parents. His name is Bunny, and he’s a very talkative pupper. He would tell his parents whenever he would want to go out, play with them, or get belly rubs.

So how exactly does a canine engage in conversation with humans? Well, he speaks. Nope, he doesn’t use his mouth to utter words, but he communicates with his fur parents through a dog-friendly soundboard. There are 45 buttons on the board, each with a corresponding word. All he has to do is hit the button to let his humans know what he’s thinking.

Learning how to use the soundboard

His owner, Alexis Devine, introduced him to the soundboard almost a month after he came out of his mother’s womb. Bunny became part of the Devine household in September 2019. His human was watching videos of dogs using soundboards when she thought of getting Bunny to do the same thing.

Devine followed the method that Christina Hunger, a speech pathologist, used to train her dog, Stella. While the technique was effective, Devine wanted something more. She reached out to Leo, a cognitive scientist, who was looking for beta testers for a soundboard he was developing at that time.

Bunny first learned how to use the button that says “outside” to let Devine know he needs to go potty. As days passed, he learned other commands which he uses each time he wants to talk to his humans.

He presses the “happy stitches” button whenever he wants Devine to give his head a gentle scratch. The best part about the soundboard? Well, he gets to tell Devine how much he loves her every single day. Watch his daily conversations with his human on the video below:

Credits to I Am Bunny