Home About Doggy Stories Six Months After His House In Sydney Burned Down, Severely Injured Man...

Australian Gordon Wiggins lives in Sydney with two dogs. One day, his home caught on fire, and firefighters had to come in and save him and his two dogs. Unfortunately, one of his dogs died. His other dog suffered from various burn injuries.

Gordon didn’t fare well too. More than half of his body had various degrees of burn injuries, and he had to be airlifted to a hospital with the equipment to handle his condition. Six months later, he was finally released and reunited with his dog named Whisky.

Attending that reunion were all the firefighters that saved them that day.

When responders from the ire & Rescue NSW arrived at Gordon’s home, they bravely went into the burning house. Inside, they found an unconscious Gordon, lying on the floor. He had already had extensive injuries and fainted from inhaling too much smoke.

Near him were his two dogs. One already perished. Whisky, the Pomeranian, was still breathing, but barely.

All of them were rushed out. Gordon was put in an ambulance and taken to a hospital. He was then transferred right to another hospital with better facilities. Whisky, on the other hand, was given oxygen therapy to revive him. He was then moved to an animal hospital.

The dog stayed there for several days to recuperate. Fortunately, the hospital waived all the costs for his medication and treatment which amounted to 15,000 dollars. When the dog was released, one of the senior firefighters that rescued them, Antony Crowe, decided to foster the pooch.

Due to his injuries, Gordon had to stay at the Royal North Shore Hospital for approximately six months. When the hospital finally released him, he and his dog had a wondrous reunion.

Antony, and several firefighters involved in the rescue operation, were on hand to reunite Whisky with his owner. Gordon thanked them for saving his life. And for giving Whisky the love and care that he couldn’t give when he was hospitalized. 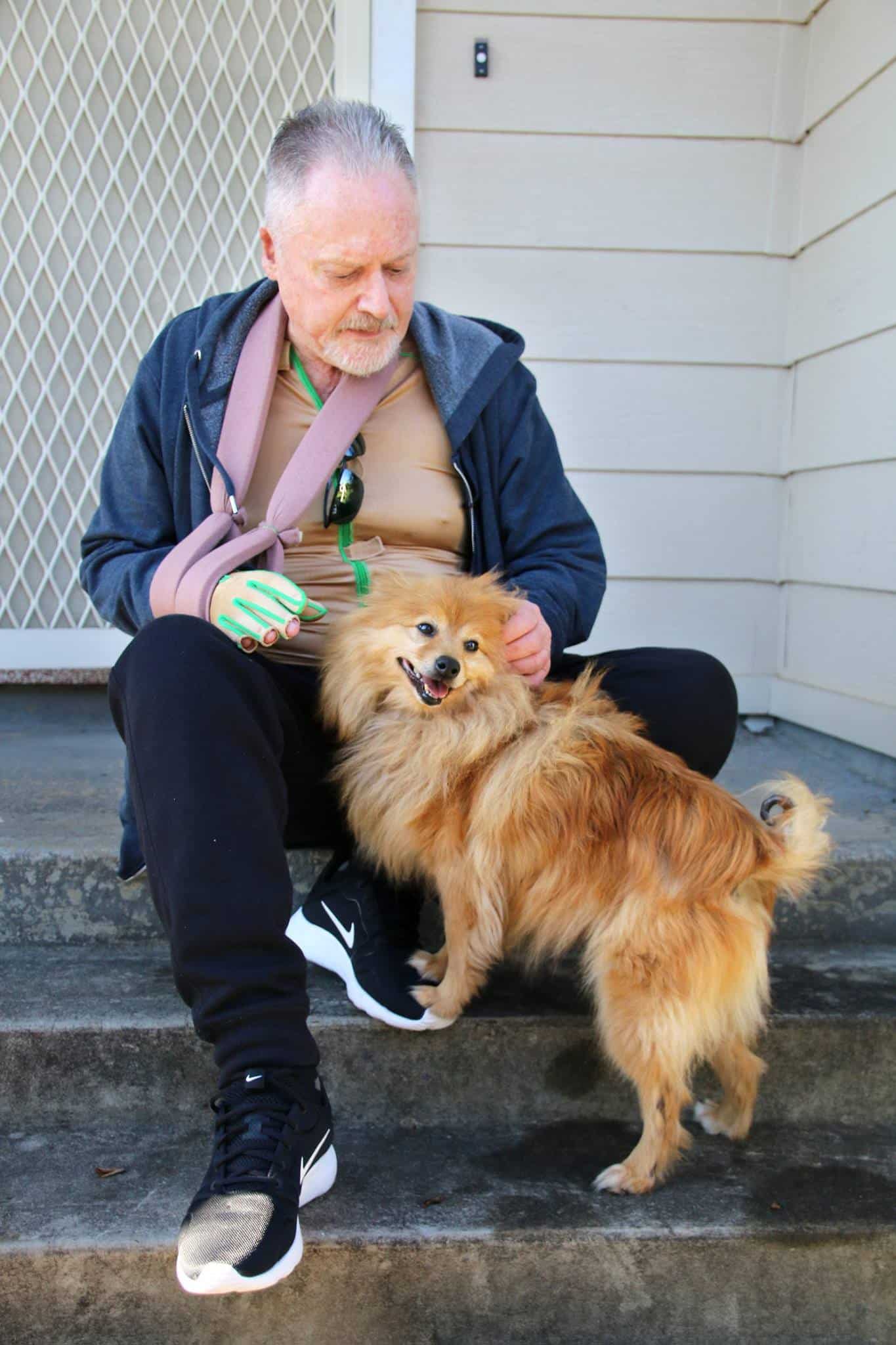