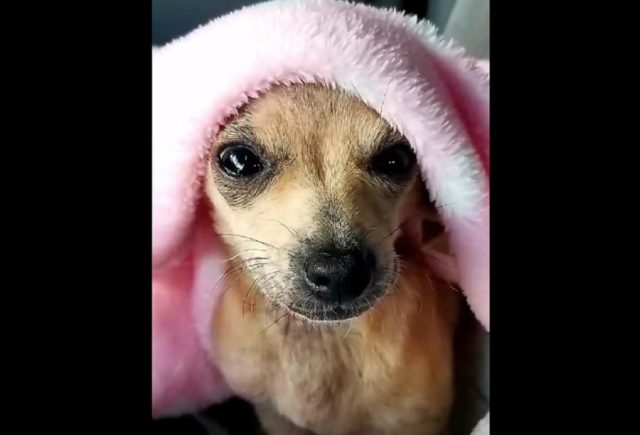 TAO (The Abandoned Ones) Animal Rescue Founder Judy Obregon is a huge fan and advocate of Pitbulls. But anytime a dog is in immediate need, she’d gladly do what she can to help regardless of the breed.

Thanks to the help of workers, volunteers and supporters, the rescue were able to save and help lots of animals.

Those that were in danger were able to receive rescue and strays have finally found their forever homes -take Jila here, for instance. 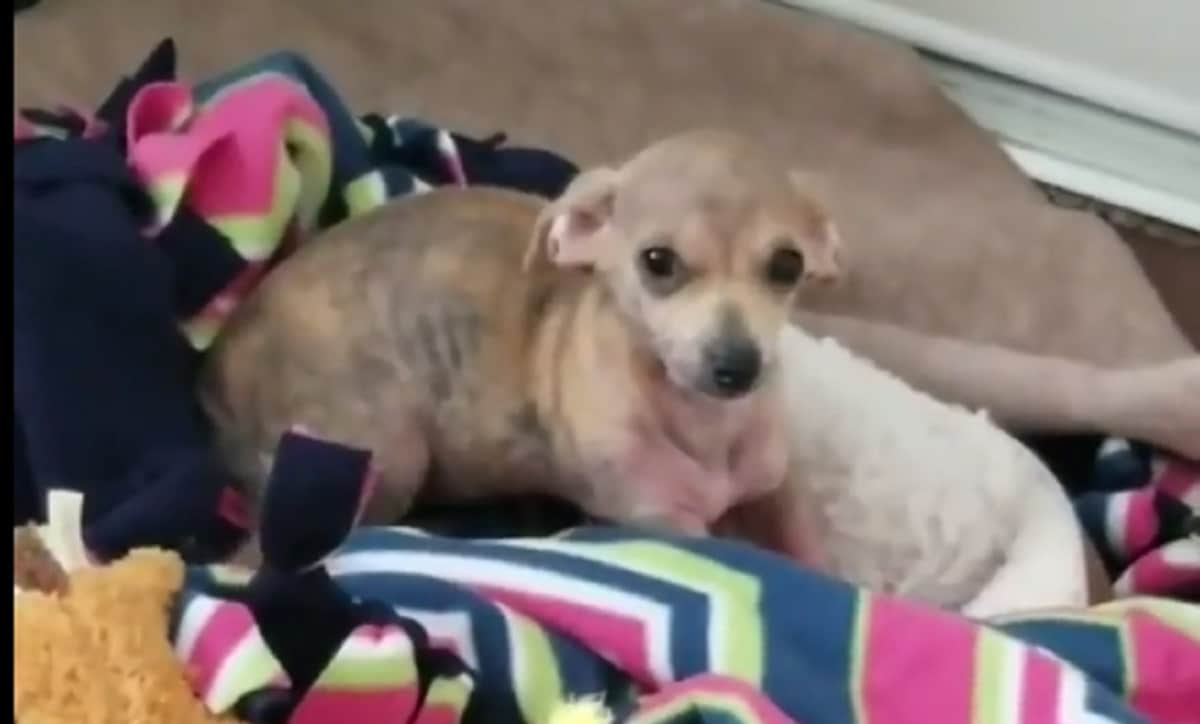 Judy was out on the road, driving, when she saw something peculiar by the roadside. She pulled over and realized it was a tiny pink doghouse. When she took a closer look, she it stunned her. Something vaguely moved inside of it.

When Judy checked what was inside, the head of a small dog peeked out. It was a teeny tiny puppy that weighed no more than three pounds. Whoever left her didn’t want Jila to be found because the place was rather very secluded, and not too many people use that road. 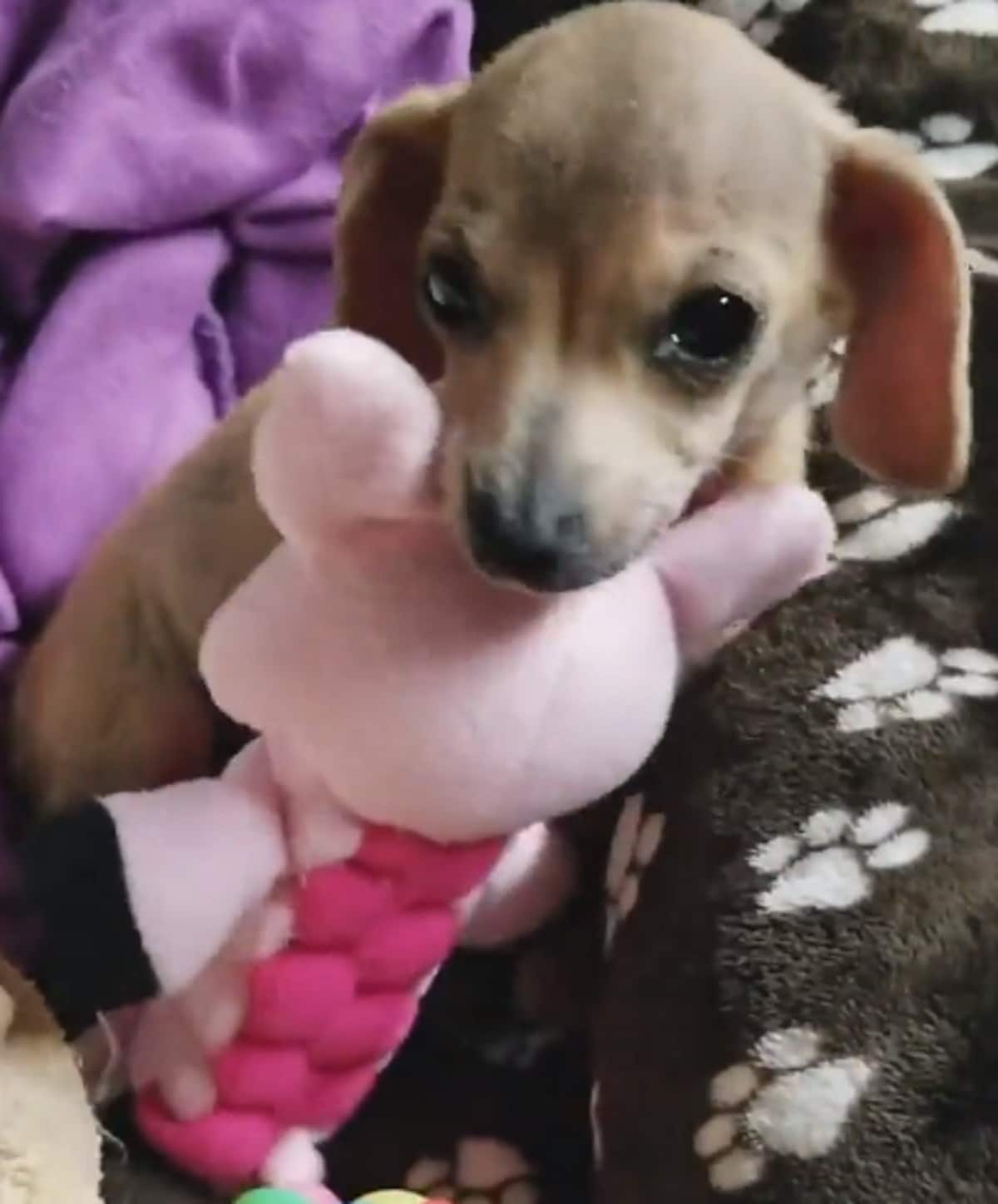 Thankfully, Judy was there. She scooped the little one up and kept her warm by wrapping her in a blanket. Then, she put her on the passenger’s seat before going back on the road.

Judy believes Jila’s former owners abandoned her because she had mange. But regardless of the reason why she knew she had to help her.

Despite the profound neglect she suffered and the abandonment that she endured, Jila was able to remain as the sweet little girl that she is. She has such a huge personality for a small dog. Her eyes are soulful, and she loved being held. 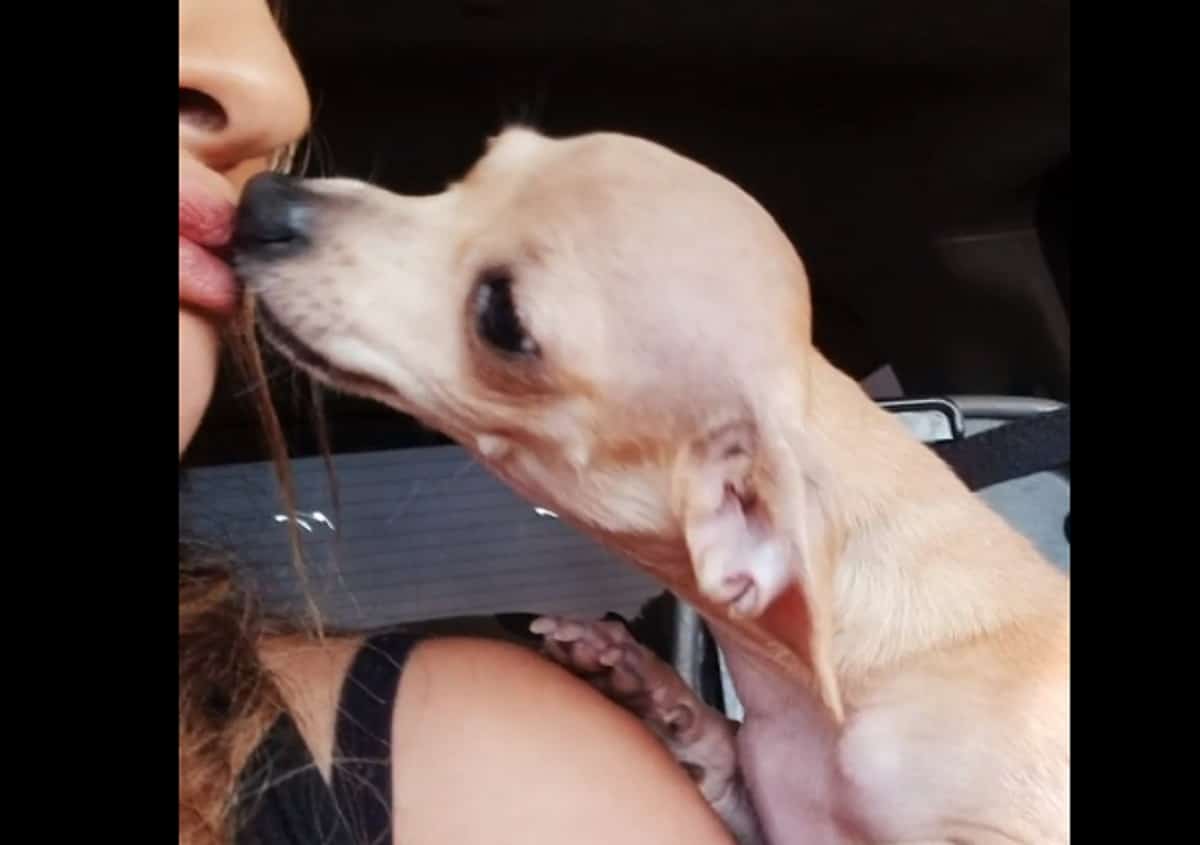 Jila stayed at TAO Animal Rescue, where she spent her days spoilt with care by her rescue friends. Once she’s fully recuperated, she began searching for her new forever home.

Jila didn’t have a good start in life. But she now has the life that she deserves. And she loves every second of it.