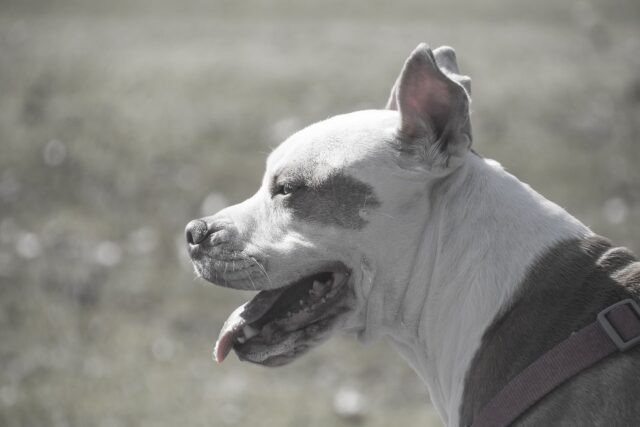 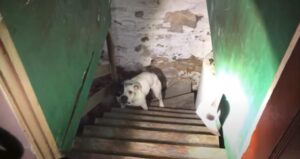 In the Spring of 2018, a man bought a house somewhere in Missouri. On his first day in the place, he eagerly explored every room in the building. Lastly, he opened the door leading to the basement. He turned on the light before going downstairs.

The new owner noticed something moved in the shadows below. He cautiously went down, trying to see what caused the movement. To his surprise, two glaring eyes met his from the bottom of the cellar stairs. A figure suddenly appeared from the shadows and revealed itself.

A dog showed itself to the new owner of the house

A Pit Bull appeared before the new owner. Somebody tied the dog to a post at the edge of the stairs. The new owner of the house assumed that the dog’s owner intentionally abandoned it.

The new owner immediately called a local animal rescue group called the Stray Rescue of St. Louis. The group rescues and takes care of stray or abandoned animals and functions as an adoption center.

The animal rescue group wasted no time and responded to the call of the house owner. In no time, the animal center took custody of the Pit Bull. As part of their way to find new owners for the animals in their care, they uploaded a short video of when they rescued the Pit Bull from the basement of the house on their official youtube channel.

The dog became an online sensation

Because of its energetic and happy nature, the rescue center named the dog Jumping Bean. The dog became a famous dog on social media. Well-wishers around the world wished her good luck in finding a new home soon.

Special thanks to Wonderbot Animals via Youtube for the image used in the story.