Home About Doggy This Creative Woman Turned Her Rescue Dog’s Fluff Into Various Works Of... 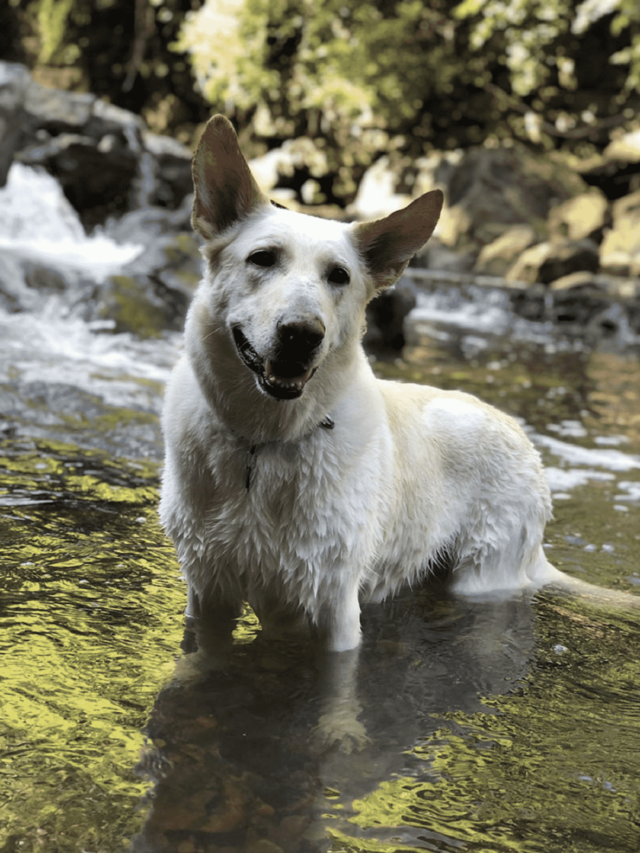 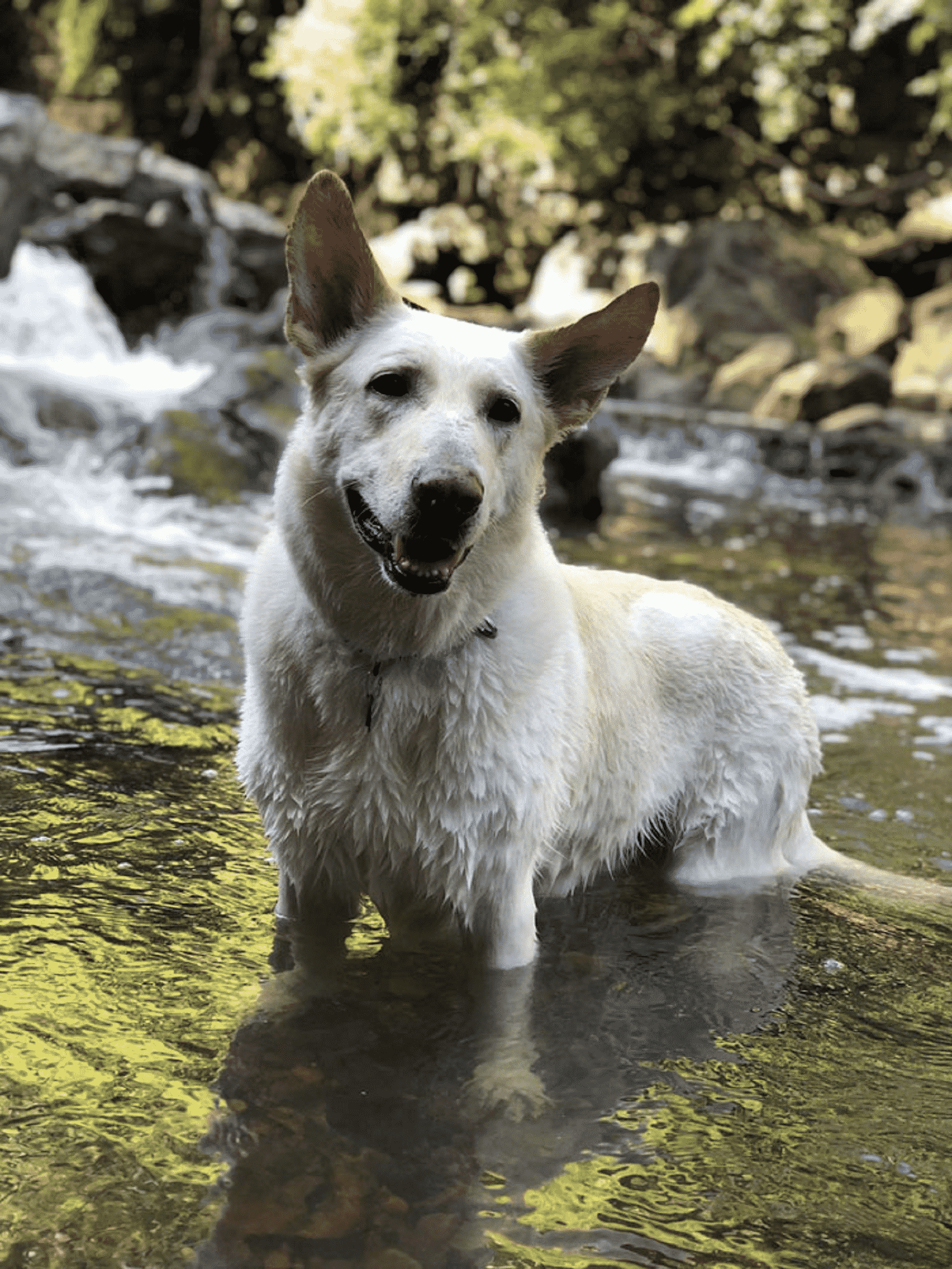 We often see or hear stories of dogs who have gone viral because of a funny or amazing picture or video, and this story may be one of those. But behind these photos is another story that will surely touch and inspire all dog lovers.

Mowgli is a white German Shepherd from Virginia who lived with his owner, Rachel Belyavsky. Little did Rachel know that her dog would gain some recognition and praise on social media because of a spontaneous spark of creativity.

It started after Rachel finished a brushing session with Mowgli and collected a lot of furs. Dogs of his breed are known to have a thick coat and are notorious shedders. She thought maybe it was nice to emphasize that. 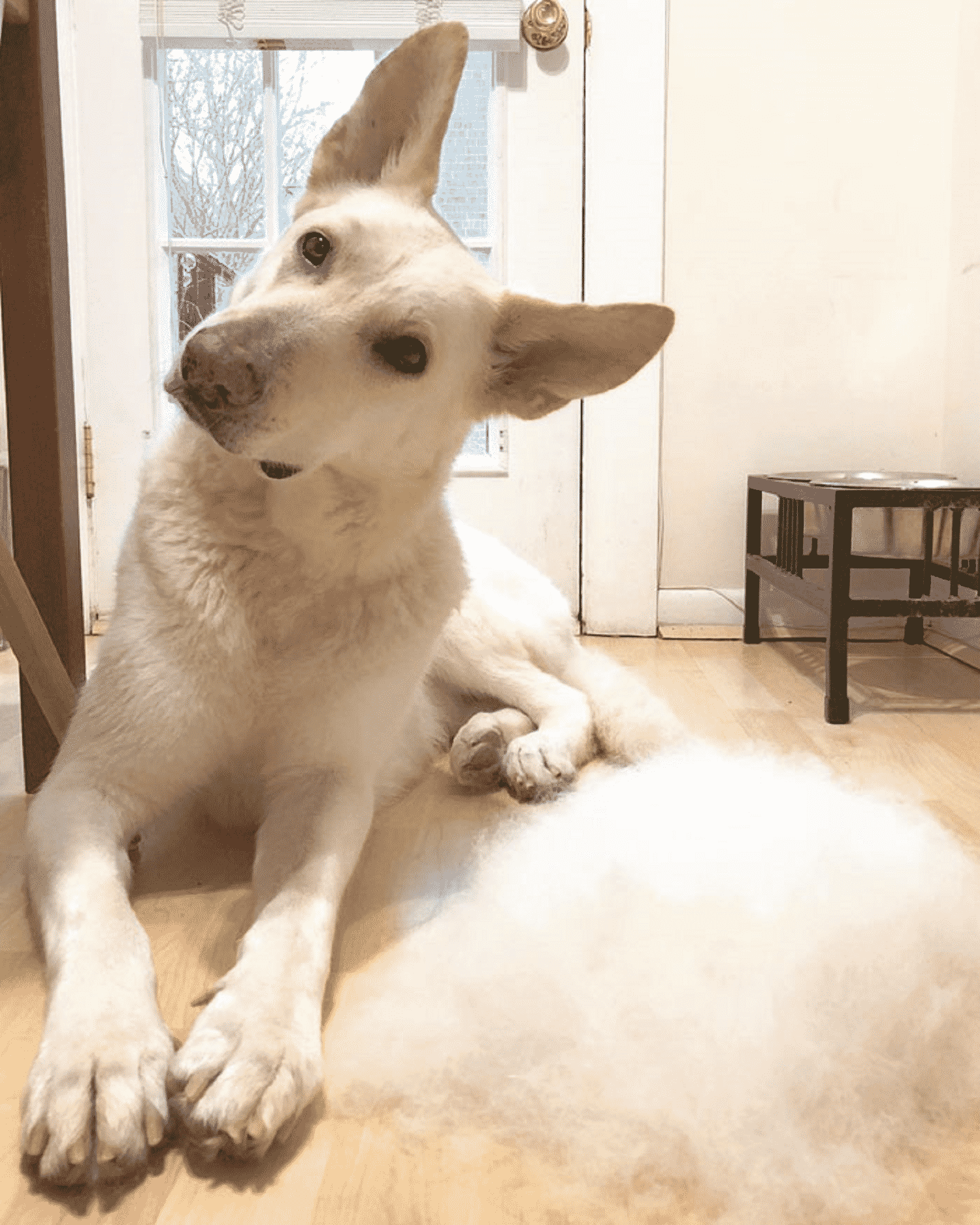 Using the fur Rachel collected from her brush, she formed the shape of a thought bubble and used it as Mowgli’s backdrop while he was asleep. She took photos of her sleeping dog and posted them on Instagram. 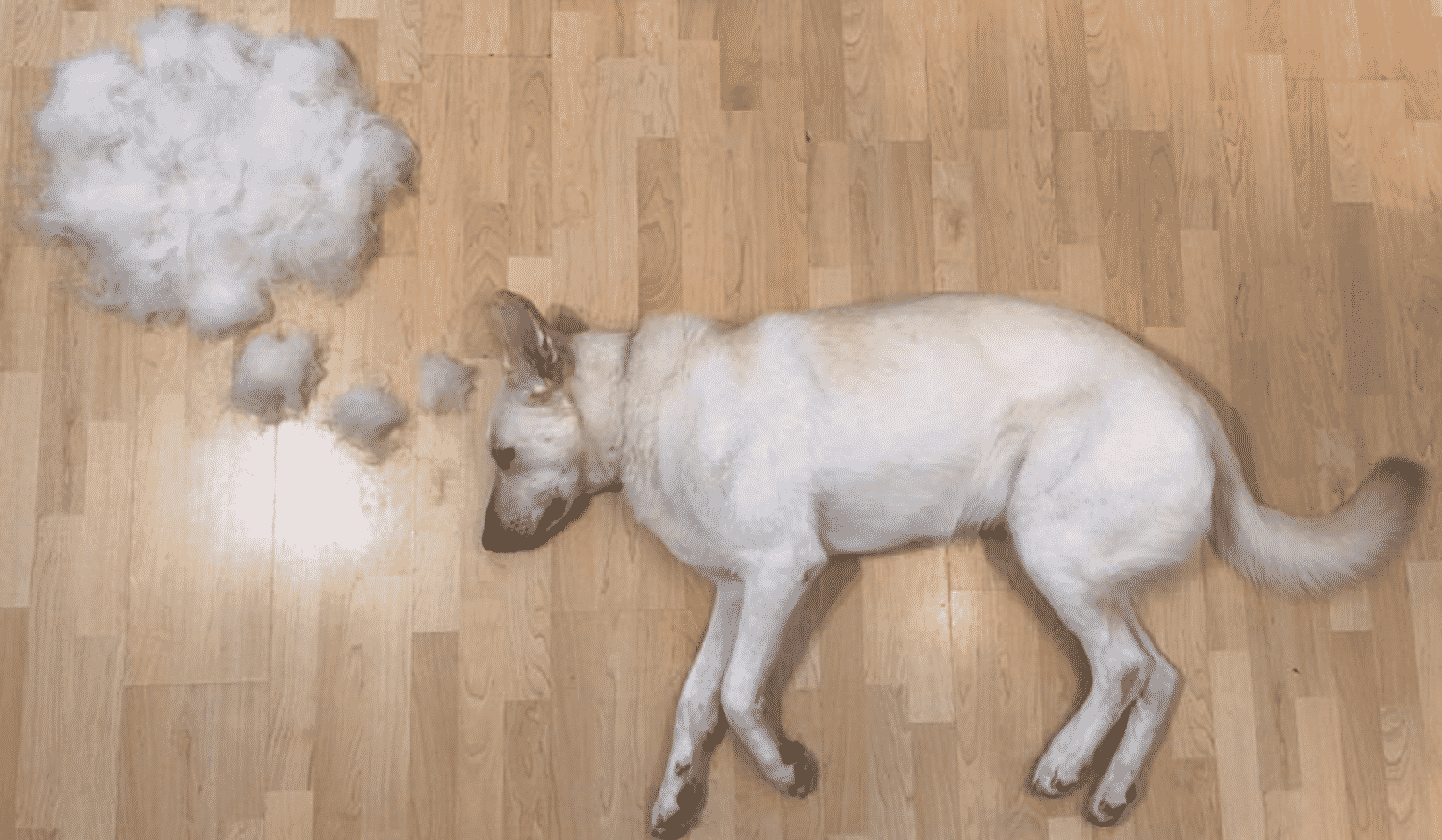 Soon after, Rachel’s photos of her dog gained positive feedback from family and friends. Since then, more ideas began to emerge. She made different shapes using her unlimited supply of the fur Mowgli sheds and carefully positioned them on the dog during his nap time.

In one photo, Rachel made Mowgli into a Viking by designing a traditional hat over his head. Another time, she made bunny ears and made him ‘hold’ a basket of eggs for Easter. She made it seem like her dog is dreaming and flying in a sea of clouds, and the results are excellent. 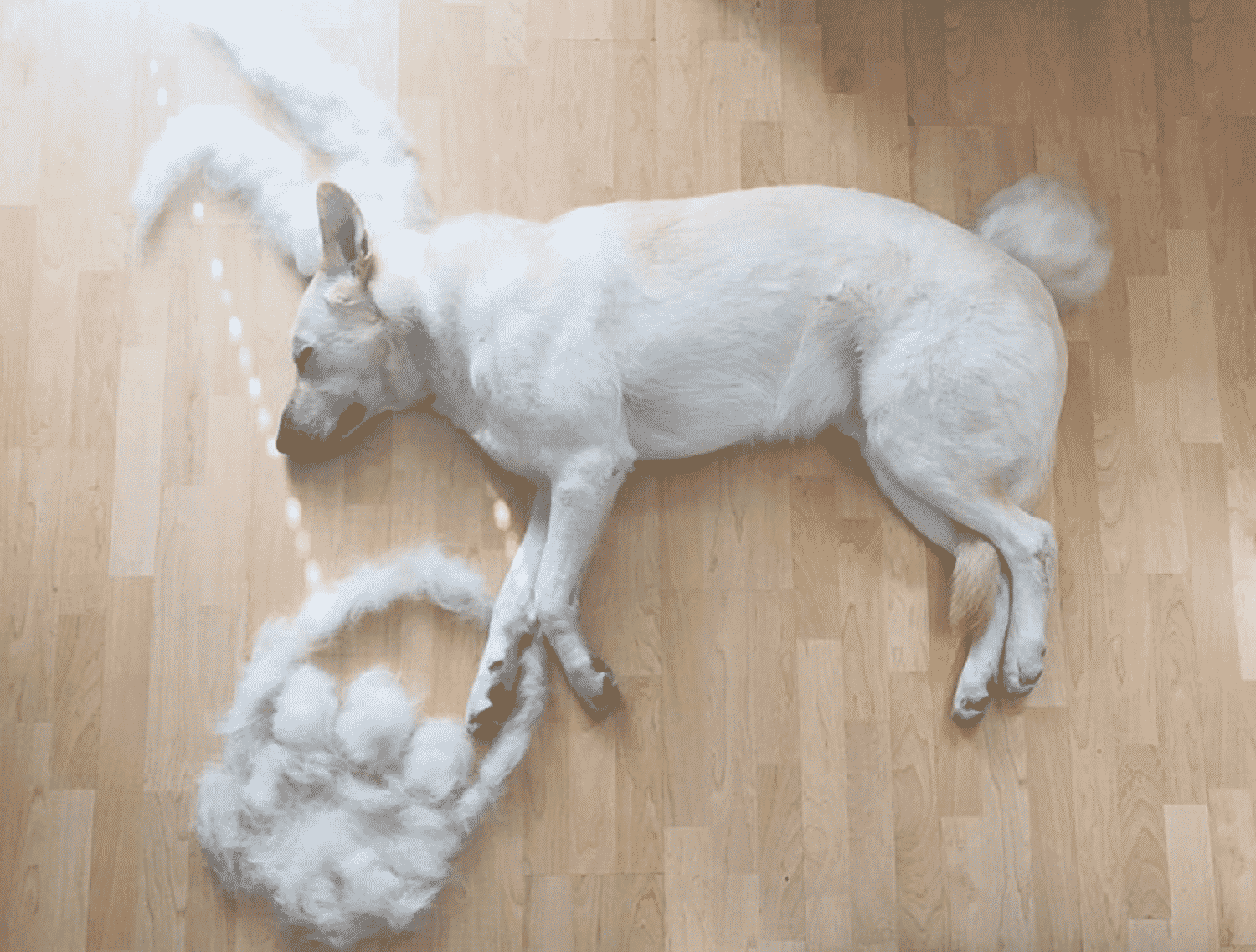 One would be surprised to hear that while Mowgli is a notorious shedder and a gorgeous-looking canine, he was far from how he looked years ago. He was a former rescue dog, and like most rescue dogs, he had a difficult life.

He was thin, he was heartworm-positive, and he had bald patches all over. Shenandoah Shepherd Rescue, a volunteer-based rescue group in Shenandoah Valley, Virginia, focused on German Shepherds and took Mowgli under their care.

Eventually, Rachel adopted him from the shelter in 2017. In the beginning, Mowgli was sick and timid. But as he recovered and became healthier, his personality started to emerge as well. Now, he is talkative, goofy, and, most importantly, happy. 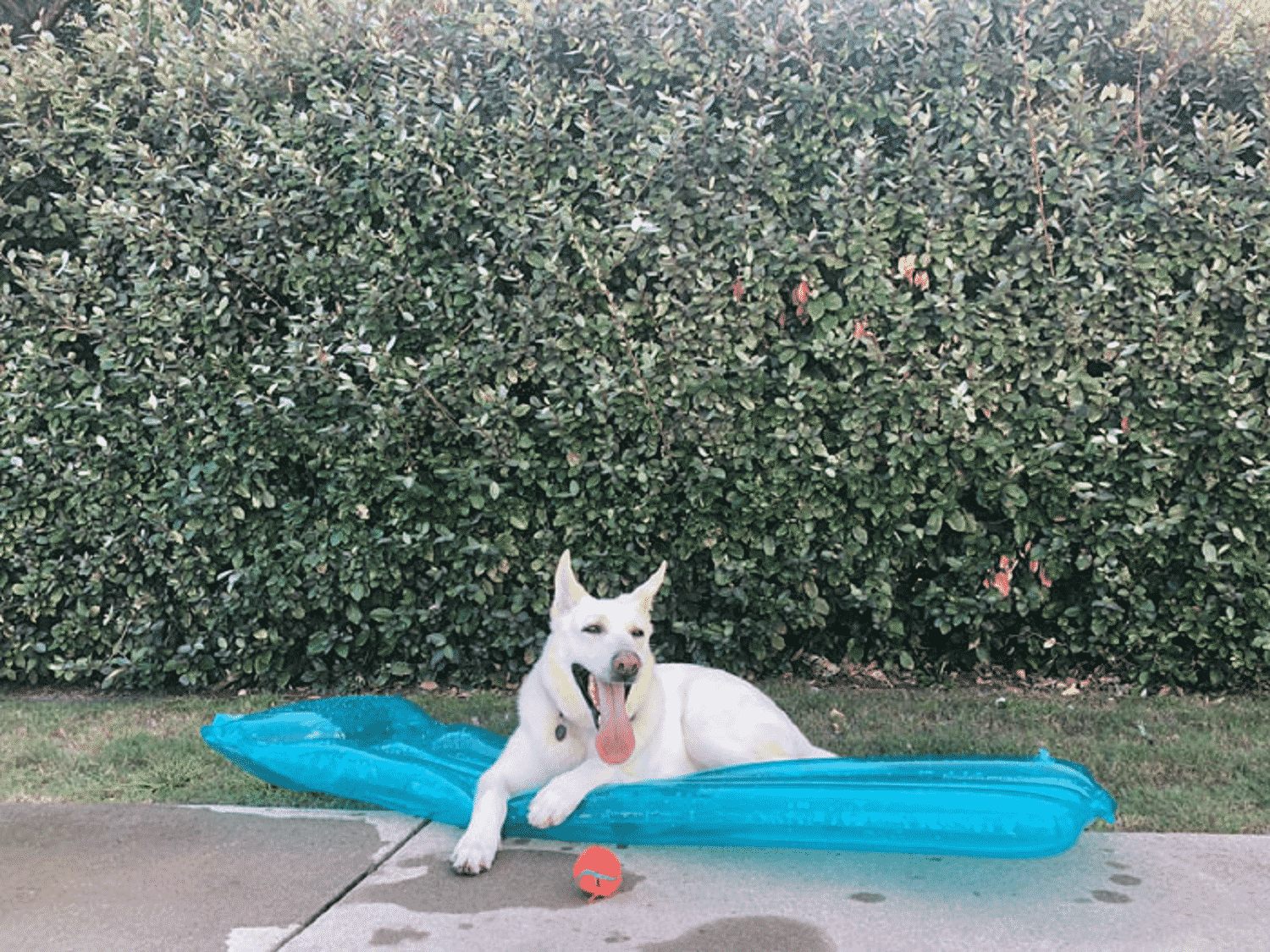 He is also now heartworm-free and weighs 88 pounds. He now enjoys taking his outdoor walks, and he grew most of his fur that made him famous.

Now, Rachel’s primary motivation for posting photos of Mowgli is to share the beauty of rescuing a dog with the entire world. She hopes to inspire others to adopt one and change their lives, the same way Mowgli’s life and appearance transformed all because of his family’s love and care. 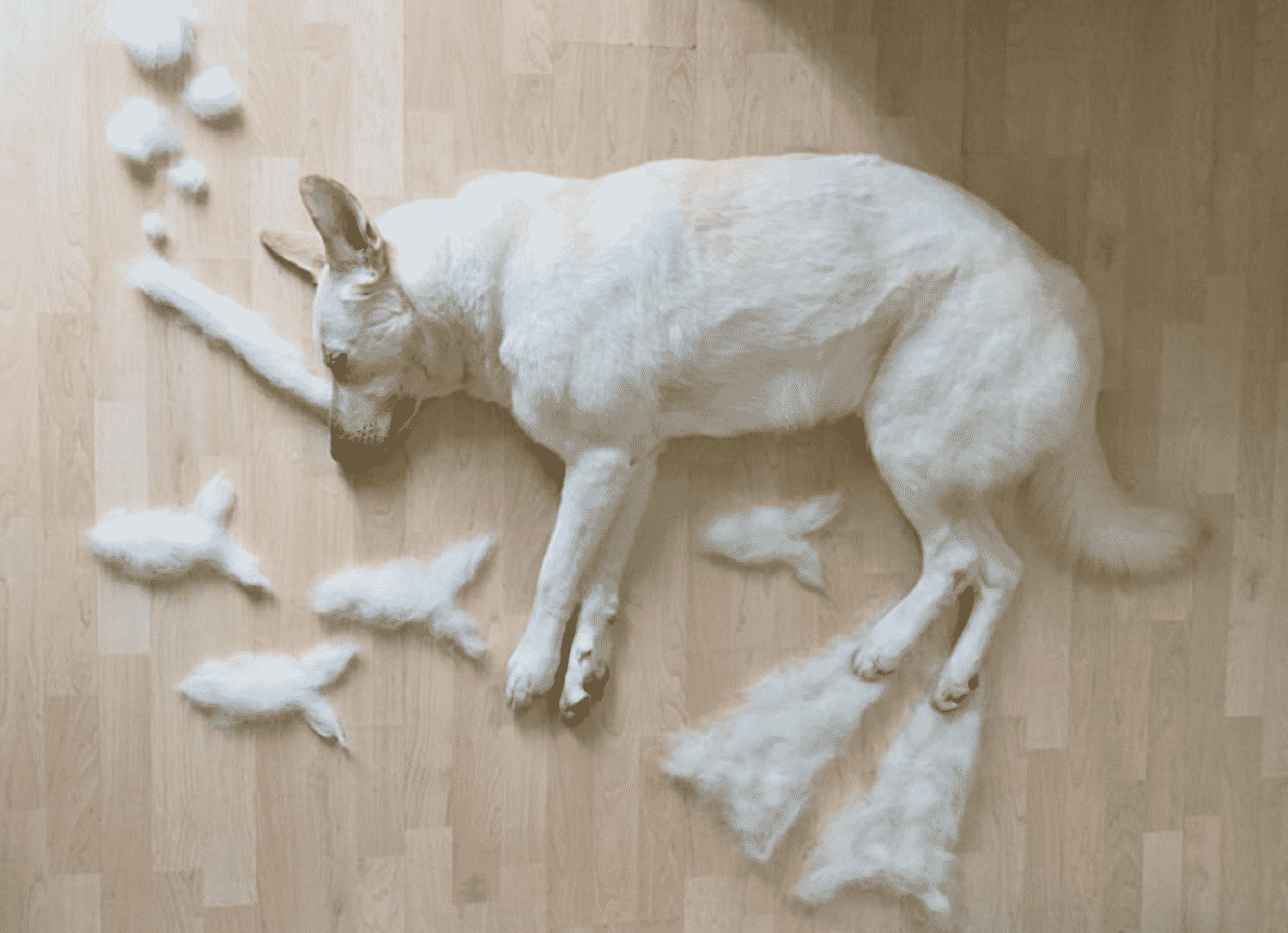 For more German Shepherd related story, watch this video below: