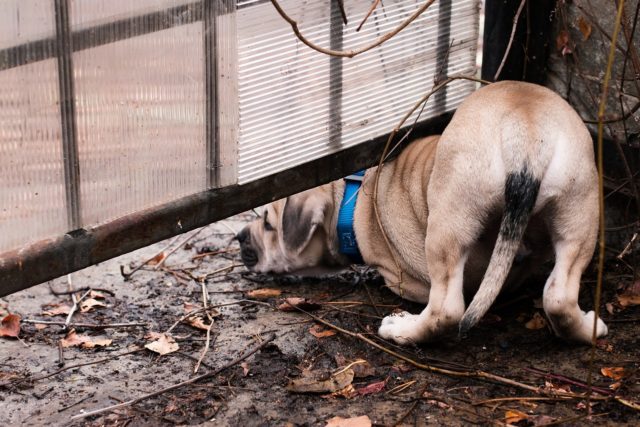 When Noelle first met her current owners, she was very tiny. She’s not even as long as an adult’s finger. Noelle was born with only two legs. Her biological mother discontinued nursing her.

The little pup was adopted just before Christmas Eve. That explains why her name is Noelle. Her owners also call her a tiny miracle.

This dog had to be continuously fed. Luckily, Noelle’s owners had no problem doing that. The goal was to keep her well-fed and warm.

Noelle was used to pushing with her back legs. At first, she wasn’t able to move much, but she slowly adjusted. Noelle also experienced a time when she was not doing so well and needed help when it comes to breathing properly.

Noelle’s owners knew she’s going to need wheels soon. The earlier she gets introduced to them, the better. That way, using wheels would become a natural process for her.

It was challenging to get Noelle to use wheels for the first time. At first, she just sat on her wheels without moving much. Eventually, Noelle learned how to use the wheels and can now run outside with ease.

One of the most significant milestones for Noelle was eating on an elevated food bowl. According to her owners, taking care of her was undoubtedly a fun journey. But the journey doesn’t end there. The little dog went from timid to very confident.

Now, Noelle seems like a boss. She likes to hop around, so her owners allow her to be on the bed with them. She also loves to be around people. Overall, Noelle is just a really bubbly dog.

For many dog rescuers, they have to guard their hearts carefully. It’s tough when one gets attached to a particular dog. However, Noelle was the one who stole the hearts of her current owners. We can safely say that each rescuer has one specific dog that’s close to their hearts. For these rescuers, it’s Noelle.