Home About Doggy This Dog Loves To Greet Students In The Hallway And Make Them... 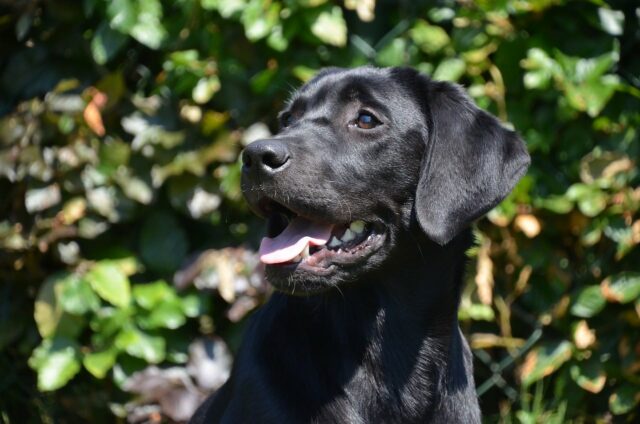 Ruby, a four-year-old black Labrador retriever, was Spencerport High School’s first-ever therapy dog. According to Ruby’s handler JoAnn Krywy who was also a school counselor herself, Ruby’s presence in the school already showed positive effects just a few weeks after she got there.

She was an especially big help to students who had learning disabilities and those who struggle with mental health problems. Not only that, students got more comfortable seeking help now that they have Ruby.

Ruby loved to interact with the kids as well. She always loved greeting them as she walked down the hallway. And sometimes, she would even give her leash as a gift in exchange for a nice pet or a belly rub. And every student who would come across her couldn’t help but just smile at her. 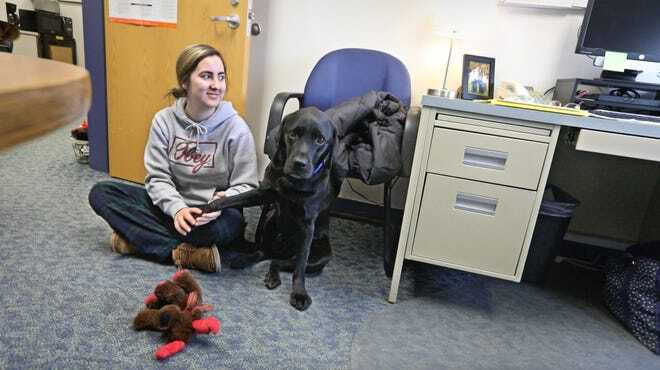 The school’s administration knew that having a therapy dog around would not only be helpful to the students but also cool. But what they didn’t expect was that the response was going to be this amazing.

Spencerport was not the only school in the area with four-legged staffers. One of the popular ones was Greta, a golden retriever at Monroe Community College, who could always sense when a student is struggling. Another was Kelsey, a Newfoundland stationed at the Neil Armstrong School community. She had been a very positive influence on kids and she always encouraged kids who struggled in reading.

And over at Palmyra-Macedon Central School District in Wayne County, therapy dogs have become an integral part of their culture. In fact, kids were more distracted when the dogs weren’t there.

Spencerport High School planned to add more therapy dogs to help more students decrease their anxiety and build their confidence. And also so that Ruby would also have friends as well. The school started the program knowing it was going to be great but it did make them wonder why they had not done it sooner.

Extra Fluffy Golden Retriever Enthusiastically Plays With His First Stick, And His Excitement Channeled All The First-Time Feels

Golden Dad And Son’s Appearance And Similar Behaviors Served Double Good Vibes, And Their Bonding Activities Should Be The Standard For All Parents And...