Home About Doggy This Hilarious Photo Of A Dog Running In The Snow Was Taken...

Meet Dewey, a dog that enjoys running and playing outdoors regardless of the season. The lively dog enjoys playing in the water the most, but he has recently taken a liking to snow as well. However, regardless of the weather, the dog always finds a way to enjoy himself in nature.

Sadie Swicker, a member of the dog’s family, stated that Dewey once escaped their home during the winter. Later, they discovered him playing on a nearby frozen river.

When Dewey’s family realized how much he adored the snow, they decided to take him with them to a large, snow-covered field. Dewey ran around the field as if it were his first time outdoors as soon as they reached the area.

Sadie walked around the field and pulled out her cell phone to take photographs. She believed that a panorama photograph would be the ideal way to capture the breathtaking view. But that was before Dewey decided to be involved in the photograph.

As Sadie struggled to keep her hands steady while taking a panorama photograph, Dewey zoomed right in front of the camera and right into the frame. So as soon as Sadie saw Dewey sprint past, she realized that the photograph would not turn out as planned.

Sadie was definitely right. When she examined the image that came out, she had to do it twice. Her very energetic dog resembled a two-legged, deformed, and yellow snow creature. It was unlike any other animal out there.

Sadie decided that Dewey transformed in the photo and it was too amusing to keep to herself, so she posted it online. As anticipated, the public adored it. Without a doubt, the image of Dewey caused them to smile broadly.

Dewey may be a crazy puppy, but he certainly knows how to make those around him laugh. 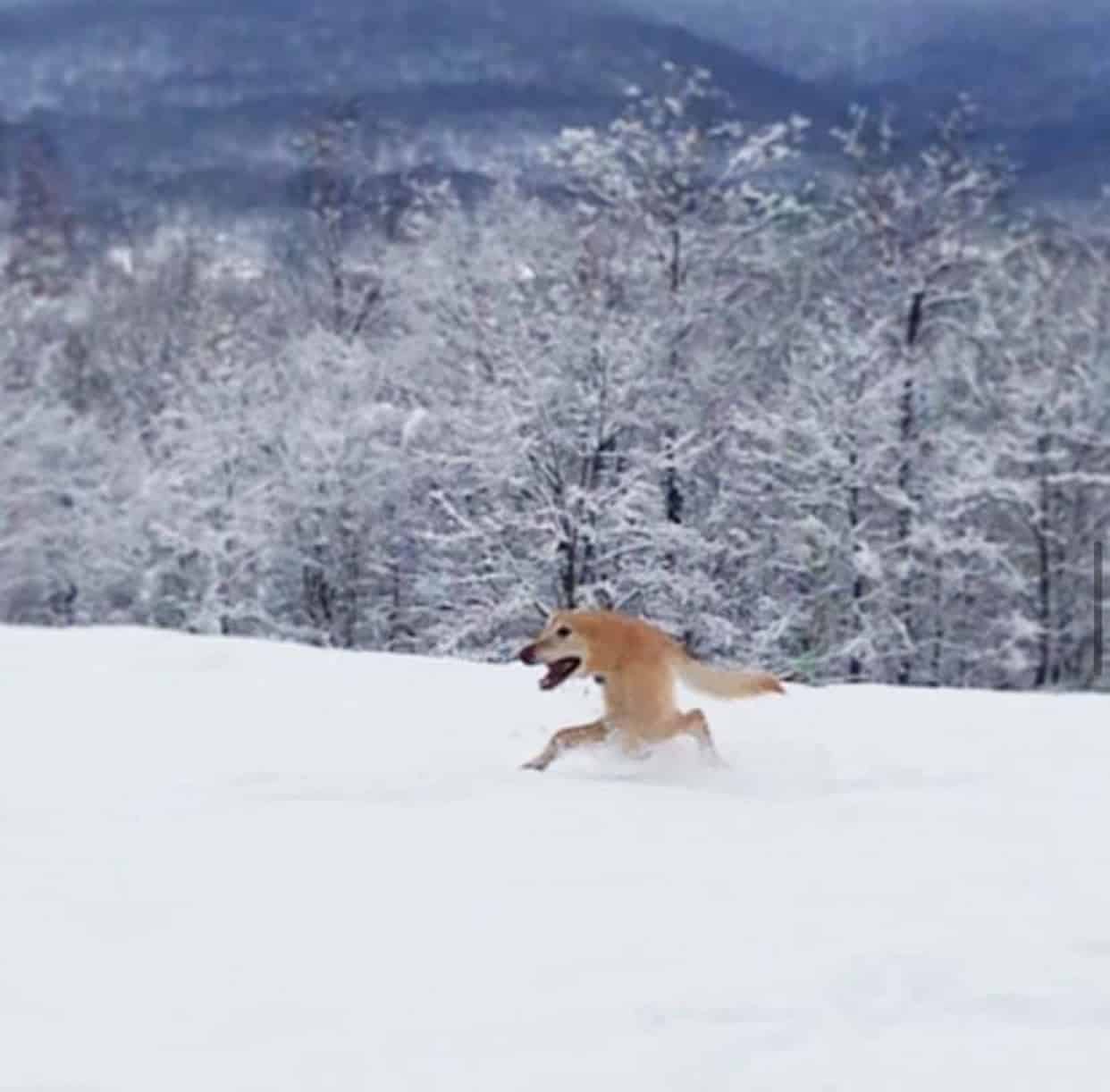