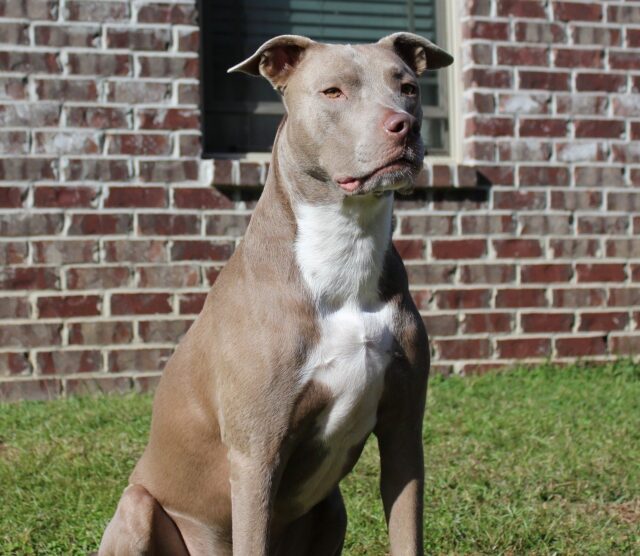 A firefighter named Bill Lindler just came home from his shift when flames coming from his neighbor’s shed caught his attention. He saw a dog and her puppies running out from the fire, but one of them wasn’t very lucky. He was making his way out when debris fell on top of him, making the poor thing yelp in pain. The puppy was able to wiggle himself free and hid, crouching in a corner. 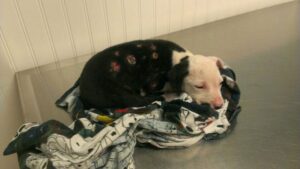 Lindler took him outside, where he saw the poor dog’s injuries. The firefighter did the mouth-to-snout procedure on him until they could administer oxygen to the unmoving and unbreathing puppy.

The baby pitbull named Jake was only three weeks old and barely survived the incident, with his body suffering 75% of the injuries. He spent a couple of weeks recuperating at a local vet clinic, where Lindler visited him and checked his progress. He found out that his owners abandoned the puppy because they didn’t have the resources to look after him.

The firefighter came to a decision: he was going to adopt him.

And a change in an environment where he was loved and looked after did wonders to the dog’s recovery. Jake quickly recovered, and he settled well in his new home. He frequented the Hanahan Fire Department in South Carolina where Lindler works, and his new dad’s colleagues absolutely adore him! Lindler’s wife even made him his own firefighter’s jacket. 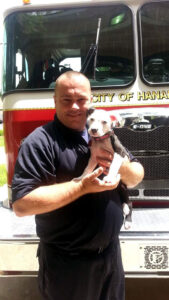 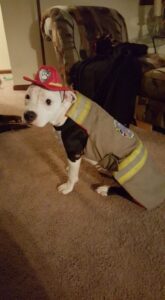 Eventually, Jake’s position became more vital at the force, apart from being just the station pet. As he grew, his contribution to the department did too. He accompanies the firefighters to schools when they lecture children about fire safety and protocols during an emergency. 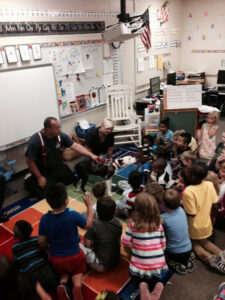 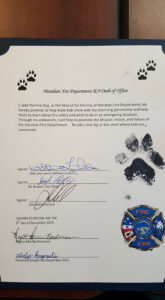 He is everyone’s energy booster at the station as he greets everyone who comes back for calls with so much excitement. 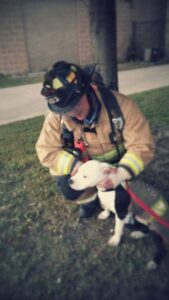 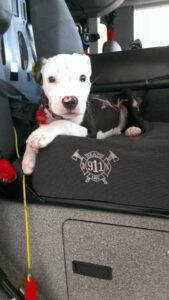 It didn’t take long before Jake was honored and recognized as their official Fire Dog and Mascot for the Hanahan Fire Department. He even proudly wears his working dog badge! Isn’t that precious?

Lindler hopes that Jake could be a therapy dog for burn victims one day, but he is currently working on being an arson detection dog. 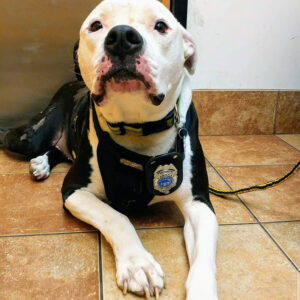