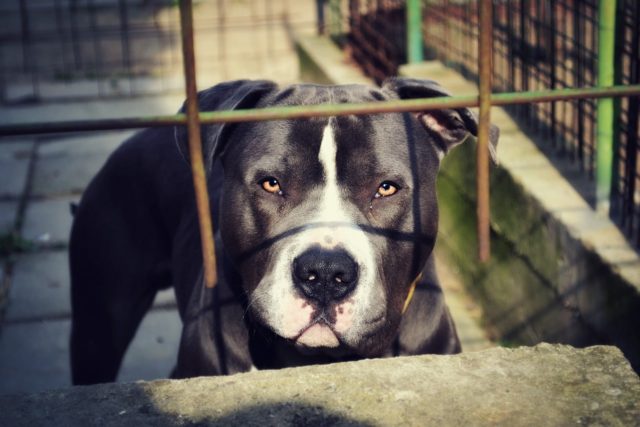 Some dog rescues are trickier than others. Any dog rescuer can relate to that fact. Of course, after a successful rescue, bonding with a dog makes people feel that their efforts are worth it.

On one episode of “Pit Bulls and Parolees,” there was one pit bull that proved to be a tricky rescue. Lizzy and Heidi were the first ones to respond. They found a dog in a large enclosed area, which is a setting where a lot of things can go wrong.

As expected, things didn’t go well. The two rescuers were unable to get the dog to trust them. The dog’s body language shows signs of aggression. The female pit bull proved to be a challenge.

With little time before sundown, Lizzy decided to call another rescuer named Marcel. He went to the scene to help. Marcel was patient and was able to get the pit bull to come near him.

Marcel didn’t want to rush the process and put the dog on a leash immediately. If he fails, the trust he built with the dog would be severed in an instant. It was night time, and Marcel almost had the pit bull on a leash. However, it ran away so suddenly.

The rescuers were about to go home feeling defeated. The dog came back, and this time, Marcel was more patient. Eventually, with the use of some “Slim Jims,” he managed to get the dog on the leash. It looks like this pit bull already knows how to walk while on a leash.

Once they got the pit bull back at the rescue center, it was a different story. Marcel named the dog, Slim Jim, which he found appropriate given that it was the only snack the dog was interested in.

The bonding experience with Slim Jim and Marcel was adorable. Once she stopped being fearful, her playful side emerged. There was no microchip to be found, and no one came looking for her. Marcel hopes Slim will find a forever home soon.