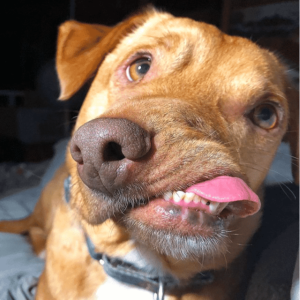 A darling special needs dog named Picasso was plucked from a kill list where he was then brought to the Luvable Dog Rescue in Eugene, Oregon. And even though he has a deformity that makes him look like he is always sporting a coy smile, this particular quirk made him take Instagram by storm.

Picasso first appeared on Luvable’s Instagram account after Liesl Wilhardt, its owner, brought him to her facility after his stint at the Porterville Shelter, located in California. In a statement for People, Wilhardt recalls asking their rescue partner if they knew any dog who had special needs or medical issues which required their help. Immediately, they introduced Picasso to her. 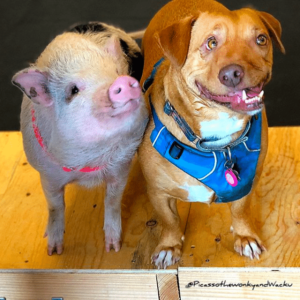 Wilhardt agreed to take Picasso in after she saw a photo of him. He still didn’t have a proper name during that time, but that didn’t prevent her from adopting the dog together with his brother, Pablo. Art history buff and Luvable staffer Kari Lennox was responsible for the dynamic duo’s unique names.

The two dogs were on the kill list after their previous owner surrendered them. The breeder gave them up because he was unable to sell them. This puzzled Wilhardt because, according to her, the corgi-dachshund mixes were such lovable dogs. Since the account took off on social media, Wilhardt said it had been a crazy ride. Her usually quiet, 55-acre wide shelter, which was located in a forest, had been abuzz with activity since the two dogs came. 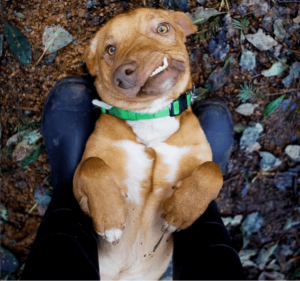 At that time, they were not yet accepting applications for the two who will be needing a home together. They had to wait for an entire month until the fanfare surrounding them died down. Besides this, Picasso still had to receive dental surgery to help him get more comfortable with his jawline. Wilhardt said that they wanted to make sure he was physically sound and healed from the surgery before beginning the search for his new home.

However, these setbacks did not prevent interested families from reaching out to them. Wilhardt said they got hundreds of applications from many people who wanted to give the brothers a new home.

And why wouldn’t anyone want to take them in? Picasso and Pablo look double the trouble, but twice the fun!