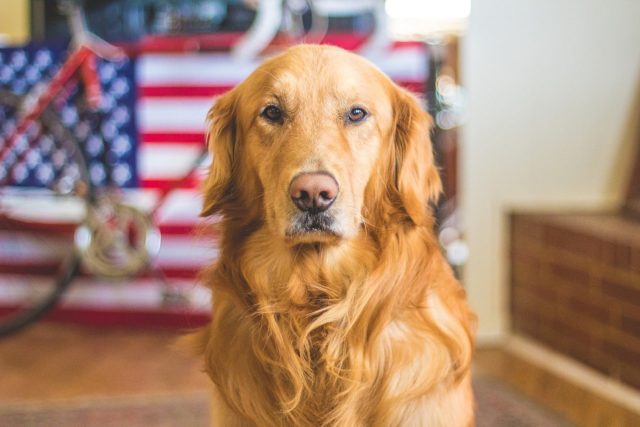 In his record-breaking feat, Finley first catches one tennis ball at a time and drops it on the ground. Once he has six balls, he picks them up and fits them in his wide-open mouth all at once. And he does it without the help of his owner.

Finley can put the first four balls in his mouth quickly but sometimes struggles to fit in the last two. That’s when he holds the balls in place with his paws so he can finish the task. And when all the balls are in his mouth, he celebrates his accomplishment by wagging his tail.

And why not because he just beat the Guinness World Record for holding the most tennis balls in a dog’s mouth at one time. With the current world record at five balls, Finley is, without a doubt, the new record holder. Great job, Finley!

But according to the owner, Finley is not always interested in breaking records. Most of the time, he’s just your ordinary dog who likes to play a game of fetch in the yard or outdoors.

When they take a trip to the Canandaigua Lake, Finley enjoys playing fetch even in the water. Every time he sees kayakers nearby, he invites them to a game. He swims towards the kayakers with a ball in his mouth and gives it to them so they can play.

Finley also finds a way to play his favorite game even when he’s alone. Lying on his back, he lifts a ball using his paws and then drops it and catches it with his mouth.

Practice makes perfect for this one of a kind Golden Retriever. No wonder he’s a world-record-breaking dog!

Extra Fluffy Golden Retriever Enthusiastically Plays With His First Stick, And His Excitement Channeled All The First-Time Feels

Golden Dad And Son’s Appearance And Similar Behaviors Served Double Good Vibes, And Their Bonding Activities Should Be The Standard For All Parents And...